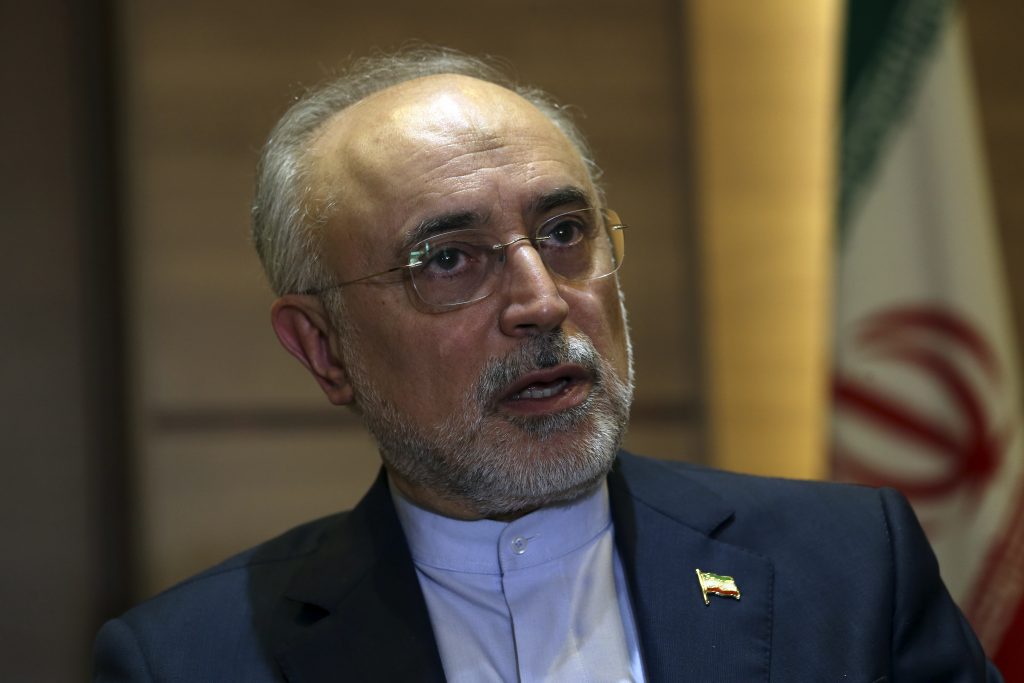 The head of Iran’s nuclear program said Sunday that the Islamic Republic has begun “preliminary activities for designing” a modern process for 20-percent uranium enrichment for its 50-year-old research reactor in Tehran, signaling new danger for the nuclear deal.

Restarting enrichment at that level would mean Iran had withdrawn from the 2015 nuclear deal it struck with world powers, an accord that President Donald Trump already pulled America out of in May.

However, Ali Akbar Salehi’s comments to state television appeared aimed at telling the world Iran would slowly restart its program. If it chooses, it could resume mass enrichment at its main facility in the central Iranian town of Natanz.

“We are at the verge” of being ready, he said, without elaborating.

In June, Iran informed the U.N.’s nuclear watchdog that it will increase its nuclear enrichment capacity within the limits set by the 2015 agreement with world powers. Iran continues to comply with the terms of the deal, according to the U.N., despite the American pullout.

Salehi heads the Atomic Energy Organization of Iran, whose Tehran campus holds the nuclear research reactor given to the country by the U.S. in 1967 under the rule of the shah. But in the time since that American “Atoms for Peace” donation, Iran was convulsed by its 1979 Islamic Revolution and the subsequent takeover and hostage crisis at the U.S. Embassy in Tehran.

For decades since, Western nations have been concerned about Iran’s nuclear program, accusing Tehran of seeking atomic weapons. Iran long has said its program is for peaceful purposes, but it faced years of crippling sanctions.

The 2015 nuclear deal Iran struck with world powers, including the U.S. under President Barack Obama, was aimed at relieving those fears. Under it, Iran agreed to store its excess centrifuges at its underground Natanz enrichment facility under constant surveillance by the U.N. nuclear watchdog, the International Atomic Energy Agency. Iran can use 5,060 older-model IR-1 centrifuges at Natanz, but only to enrich uranium up to 3.67 percent.

That low-level enrichment means the uranium can be used to fuel a civilian reactor but is far below the 90 percent needed to produce a weapon. Iran also can possess no more than 300 kilograms (660 pounds) of that uranium. That’s compared to the 10,000 kilograms (22,046 pounds) of higher-enriched uranium it once had.

President Trump, who campaigned on a promise to tear up the nuclear deal, said he ultimately pulled America out of the accord over Iran’s ballistic missile program and its malign influence on the wider Mideast.

In an interview in September with The Associated Press, Salehi warned that Iran could begin mass production of more advanced centrifuges if the deal collapses.

“If we have to go back and withdraw from the nuclear deal, we certainly do not go back to where we were before,” Salehi said at the time. “We will be standing on a much, much higher position.”