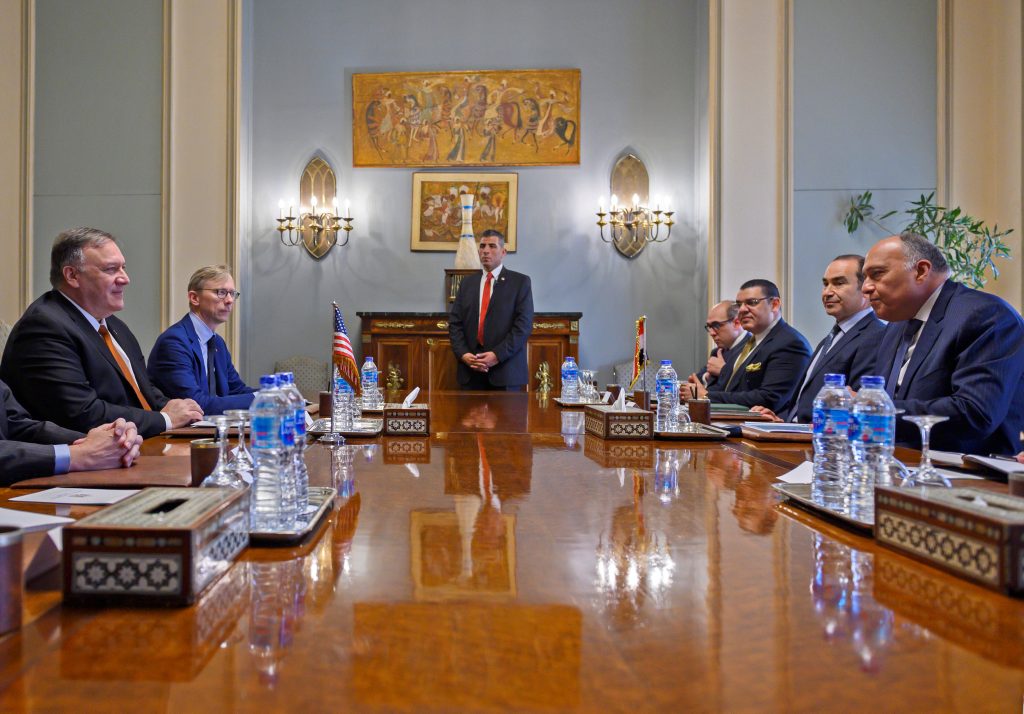 Secretary of State Mike Pompeo on Thursday sought to reassure allies that the United States remains committed to the Middle East despite President Donald Trump’s plans to withdraw forces from Syria.

Pompeo, who flew to Egypt late on Wednesday on the third stop in a regional tour, was due to deliver a speech in Cairo outlining Washington’s strategy in the Middle East, expected to focus on maintaining the fight against Islamic State and fighting the expansion of Iran‘s influence.

Speaking at a news conference after his talks with Egyptian Foreign Minister Sameh Shoukry, Pompeo praised Egyptian President Abdel Fattah al-Sisi’s “vigorous efforts to combat the ongoing threat of terrorism as well as the radical Islamism that fuels it.”

“The United States under President Trump will remain a steadfast partner in the region with Egypt and others,” Pompeo told a joint news conference with Shoukry in Cairo. “We urge every country to take meaningful action to crush terrorism and denounce its ideological roots.”

Pompeo is touring the region to explain U.S. strategy after Trump’s surprise announcement last month of an abrupt withdrawal of all 2,000 U.S. troops from Syria, which rattled allies and shocked top U.S. officials, prompting Defense Secretary Jim Mattis to quit.