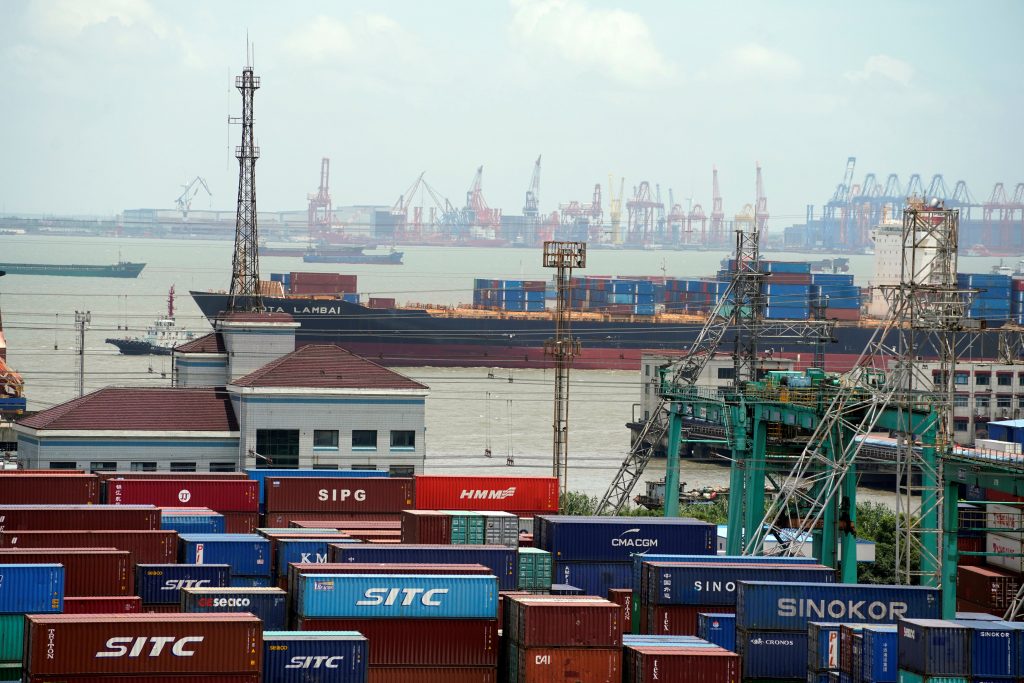 The United States and China will continue trade talks in Beijing for an unscheduled third day, U.S. officials said on Tuesday amid signs of progress on issues including purchases of U.S. farm and energy commodities and increased access to China’s markets.

People familiar with the talks said the world’s two largest economies were further apart on Chinese structural reforms that the Trump administration is demanding in order to stop alleged theft and forced transfer of U.S. technology and on how to hold Beijing to its promises.

Steven Winberg, assistant secretary for Fossil Energy at the U.S. Department of Energy, told reporters in Beijing that the talks, which began on Monday, had gone well.

This week’s meetings are the first face-to-face talks since U.S. President Donald Trump and Chinese President Xi Jinping agreed in December to a 90-day truce in a trade war that has roiled global financial markets.

President Trump is increasingly eager to reach an agreement to help lift the markets, Bloomberg reported, citing people familiar with internal White House deliberations. The S&P 500 Index has fallen about 8 percent since the truce began.

A spokeswoman for the U.S. Trade Representative’s office, which is leading the U.S. negotiating team, said talks would continue on Wednesday and “a statement will likely follow then.”

If no deal is reached by March 2, Trump has said he will proceed with raising tariffs to 25 percent from 10 percent on $200 billion worth of Chinese imports at a time when China’s economy is slowing significantly.

In the meantime, companies in both countries are feeling pain from the effects of U.S. tariffs and retaliation from China, which are starting to mount.

El Paso, Texas-based Helen of Troy Ltd, a maker of consumer products from OXO kitchen utensils to Braun shavers, cut its sales and gross margin outlooks on Tuesday and laid some of the blame on U.S. tariffs on Chinese goods, which make up 70 percent of the company’s cost of products sold.

“Tariff increases began to impact our cost of goods sold during the third quarter,” Helen of Troy Chief Financial Officer Brian Grass told investors on a conference call that featured 27 mentions of the words “tariff” or “tariffs”. While the company is trying to offset tariffs through price increases, “that doesn’t mean we’ll be 100 percent successful.”

A week ago, Apple Inc rattled global markets by cutting its own sales outlook, blaming weak demand in China.

In what is widely seen as a goodwill gesture, C

hina on Tuesday issued long-awaited approvals for the import of five genetically modified crops, which could boost its purchases of U.S. grains as farmers decide which crops to plant in the spring.

On Monday, Chinese importers made another large purchase of U.S. soybeans, their third in the past month.

“Overall the talks have been constructive. Our sense is that there’s good progress on the purchase piece,” said one person familiar with the talks. The person added that it was more difficult to determine how to hold China to its commitments to better protect intellectual property.

Scott Kennedy, director of the Project on Chinese Business and Political Economy at the Center for Strategic and International Studies in Washington, said the two sides for the first time were discussing topics that matter most to the Trump administration. These include expanded Chinese purchases of American products, greater protections for U.S. intellectual property, constraints on Chinese industrial policy, and enforcement and verification of follow-through by China.

“The minimum baseline for judging whether this week is a success is whether they can have an in-depth conversation on those areas,” Kennedy said, adding that an announcement of another round of talks would be a positive outcome.