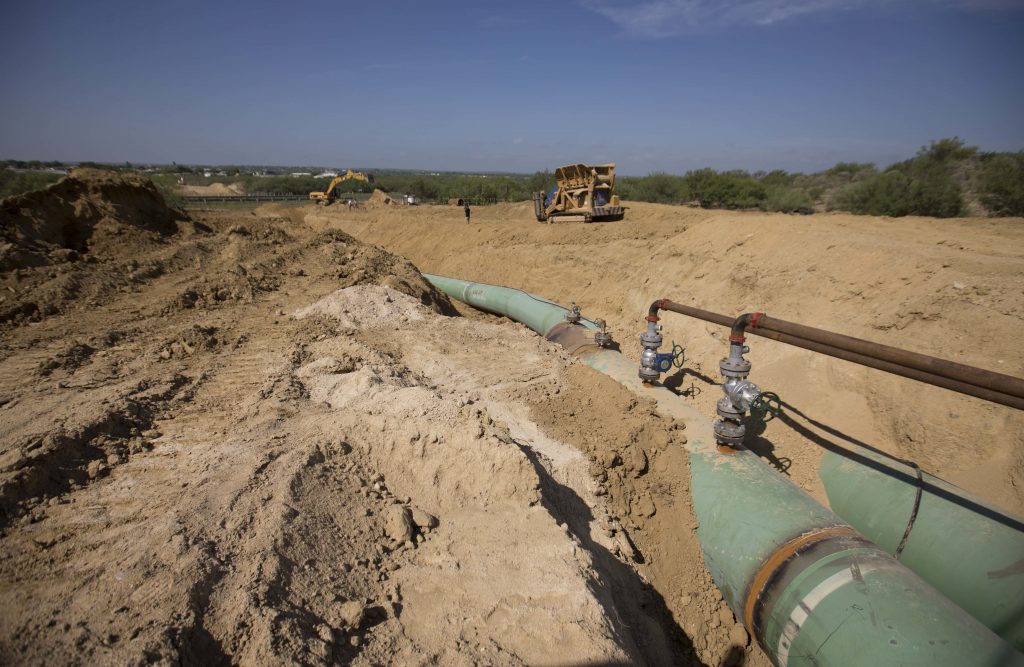 Motorists lined up for a fourth straight day at gas stations in western Mexico Tuesday as the government continued to restrict pipeline deliveries to combat illegal fuel taps.

The administration of President Andrés Manuel López Obrador has switched to shipping fuel by tanker truck in a few western and central states, but there aren’t enough trucks, and the pipelines are riddled with illegal taps drilled by fuel thieves.

López Obrador said Tuesday that fuel theft gangs have grown so bold — and have so many connections inside refineries — that they’ve been stealing gasoline and diesel directly from plants.

López Obrador said soldiers dispatched to guard depots and refineries found a 2-mile long hose leading from one refinery to a tank outside.

Authorities said Monday that attempts to re-open a key pipeline were abandoned after the duct was found to be leaking fuel at numerous points.

Gov. Enrique Alfaro Ramírez of the western state of Jalisco said officials of the government-owned oil company Petroleos Mexicanos had briefly tried to resume shipments through a pipeline to a refinery in the neighboring state of Guanajuato, “but the pipeline was so damaged that re-opening it was impossible.”

Patience was running thin in some cities where insufficient amounts of gasoline arrived by tanker truck and many stations have closed.

People lined up with jugs in hand to buy small amounts of gasoline and some stations limited purchases to 2.5 to 5 gallons or less.

The long lines have reportedly begun to encourage small-scale reselling of gasoline by private individuals, something that could foment exactly the kind of fuel-theft rings López Obrador is trying to combat.

The head of the Mexican Employers’ Federation told the newspaper La Jornada that the fuel shortages “could foment illegal activities” because people may be willing to pay resellers more.

The opposition National Action Party said 84 percent of gas stations were closed in Guanajuato, a state it governs, and claimed the figure reached 90 percent in the state of Michoacán.

“To fight fuel theft, they had the bright idea of shutting down pipelines,” the party said in a statement. “By that logic, to combat thefts from ATM machines, you should close all the automatic tellers. It is absurd.”

López Obrador said fuel theft costs the government $3 billion per year and the gangs are so sophisticated that they have established an alternative, clandestine and illegal distribution network with their own depots.

López Obrador said some gangs had actually built warehouses over pipeline rights of way to drill illegal taps into the ducts. At big construction projects, the gangs would set up sales points to supply stolen diesel to heavy equipment operators.

López Obrador said his strategy of deploying military personnel to guard distribution depots and refineries and to shut down tapped pipelines has already led to a decline in thefts during his first month in office.