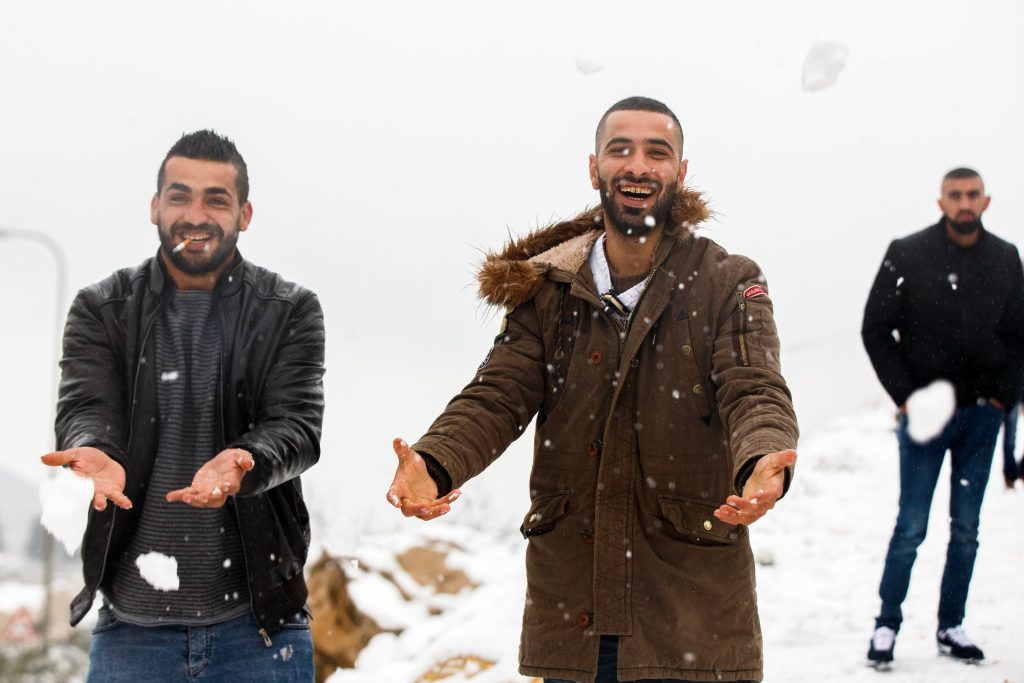 The Golan Heights was blanketed with snow as of early Monday morning, and forecasters say there’s more to come on Tuesday.

Water levels in the north so far have not increased, though Water Authority officials told Ynet they are hopeful that additional precipitation in the coming days will improve the situation.

Several roads were closed to traffic as a safety precaution, but were later reopened.

“The rain-snow line is concentrated in the northern parts of the country, mainly northern Upper Galil,” said Tzahi Wachsman, a meteorologist for Meteo Tech. “In the rest of the country, the weather conditions are windy and foggy.”

“Tomorrow the storm will pick up the pace, accompanied by very strong winds, large amounts of rain and snow, which will spread from the northern Golan Heights to other areas in the north,” he predicted.