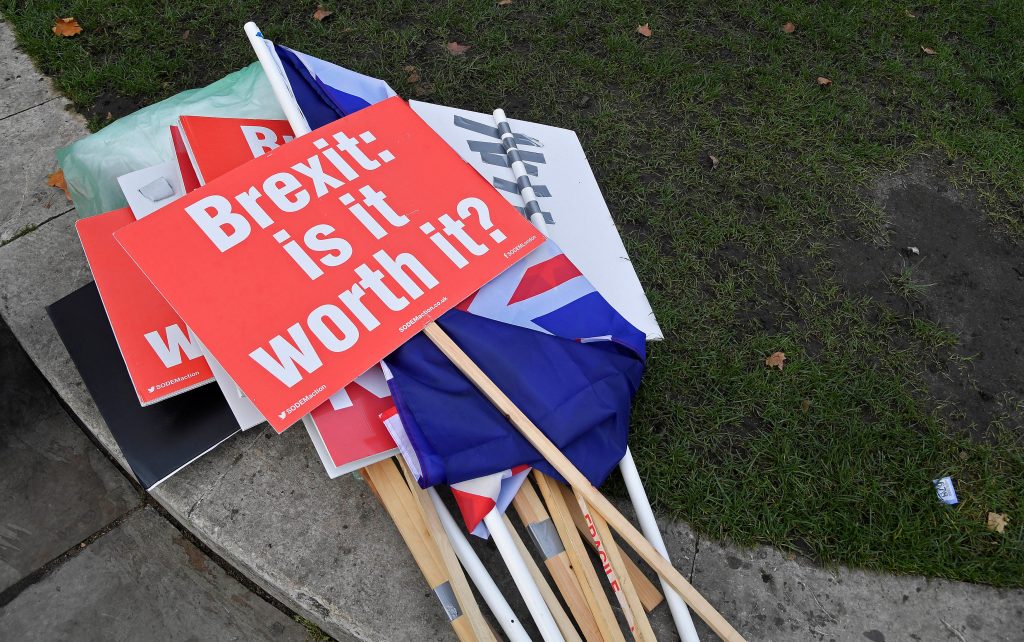 More Britons want to remain a member of the European Union than leave, according to a survey published on Sunday which also showed voters want to make the final decision themselves.

Britain is due to leave the EU on March 29, but Prime Minister Theresa May is struggling to get her exit deal approved by Parliament, opening up huge uncertainty over whether a deal is possible, or even whether the country will leave at all.

When the undecided and those who refused to answer were removed from the sample, the split was 54-46 in favor of remaining.

That is broadly in line with other polls in recent months which show a deeply divided electorate, in which opinion has swung slightly towards remaining in the EU. The 2016 referendum voted 52 to 48 percent in favor of leaving.

The poll of more than 25,000 voters was commissioned by the People’s Vote campaign, which is spearheading an increasingly vocal push for a second referendum on Brexit.

May has strongly opposed holding a second referendum.

But the survey showed 41 percent thought the final decision about Brexit should be made by a new public vote versus 36 percent who believe it should be up to Parliament. Removing those who are undecided, the split was 53 percent in favor of another referendum and 47 percent against.

Lawmakers are due to vote on whether to accept May’s exit deal in the week beginning Jan. 14.