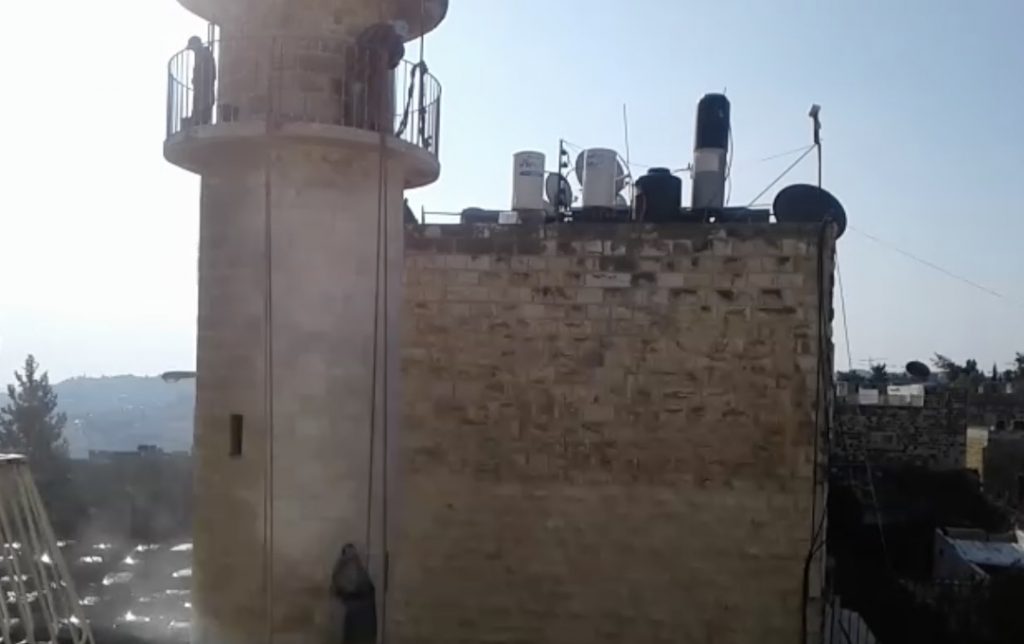 The Islamic Movement, utilizing funding from Arab states, has been illegally refurbishing a mosque in the heart of the Jewish Quarter of the Old City of Yerushalayim, Channel 20 reported Thursday. The work is being done at night and in the early morning hours. Police have been informed, but residents who have complained said that they have refused to respond.

The mosque is located on Chabad Street, well within the Jewish Quarter. It has not been in use since 1967, and was not torn down due to its historical value. The report said that several workers have been refurbishing the site inside and outside –  without a permit. Workers have blocked off the street, requiring passerby to take alternate routes. The work has been going on for at least a week, and in that time residents have complained to police several times – but they have refused to respond.

Yerushalayim City Council member Aryeh King said that he “expects authorities to act immediately. The Archaeological Authority is concerned over even a small digging project undertaken by Jews in the Old City, and it must immediately investigate who authorized the digging here, which entails the removal of many sacks of dirt that may contain important artifacts. I expect a cease-and-desist order to be issued immediately, and that authorities shut the site down. I also call on the Archaeological Authority to use its power to take ownership of this site.

“I am very concerned over the possibility that an active mosque will be located next to the homes of Jews, in a neighborhood where not one Muslim lives. Police need to act immediately before things get out of hand,” King added. Police have not yet responded to the report, Channel 20 said.