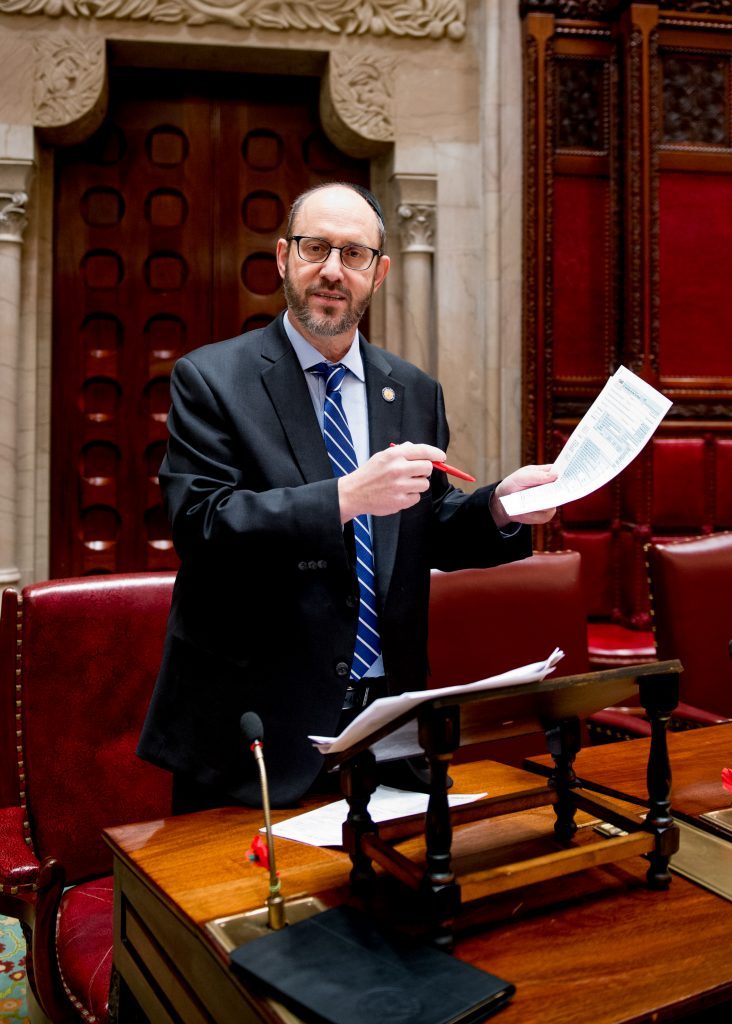 Still bristling over the fact that Simcha Felder kept Republicans in the majority last term, state Senate Democrats made one of their first moves as they prepare to take the leadership in the chamber by voting Sunday night to keep the Brooklyn Democrat out of the party caucus.

A spokesman for the state Senate Democrats, who take over the majority next week for the first time in a decade, announced that the senator who was elected in a landslide in November will not be welcomed back into their conference.

“New Yorkers elected the largest Democratic Majority in memory consisting of candidates who ran on a robust progressive agenda and proudly sought election as members of our conference,” spokesman Mike Murphy said, according to the Daily News. “As such, we have decided to remain a 39-member majority.”

Prior to last month’s election, Democrats and Republicans were evenly split in the 63-member chamber — 31 per party. Felder is nominally a Democrat but has caucused with the GOP majority since entering the Senate in 2013, saying that he will support any party that benefits his constituents.

Sen. Felder used his leverage to pass far-reaching legislation such as providing free busing for yeshivah students who leave school at a late hour, easing the bureaucracy for parents of special-needs children in getting culturally appropriate schools, and sponsoring a law last year that codified for the first time what nonpublic schools must teach.

His tipping the scales for the Republicans, however, angered Democrats and led to a harsh warning by Gov. Andrew Cuomo during the summer that Felder would not be needed when Democrats retake the majority.

Last month, elections gave Democrats an extra eight seats, affording them a well-padded majority without Felder. However, they would still need him for any two-thirds supermajority vote — such as to override a Cuomo veto or to potentially approve redistricting maps that will come up after the 2020 national census.

Sen. Felder has been talking with incoming majority leader Andrea Stewart-Cousins in recent weeks about rejoining the conference. Bolstered by the party’s new progressive contingent, the response came Sunday — he was not welcome.

While Felder won’t be part of the formal conference, Murphy said that “of course, we will work with all senators, including Senator Felder, to advance legislation that will help New York state prosper.”

Felder, who ran on the Democratic, Republican and Conservative party lines, won reelection by about 84 percent. He suggested in a statement to Hamodia Tuesday that the ban might not be the final word.

“I look forward to conferencing with the Democrats at the appropriate time,” he said.