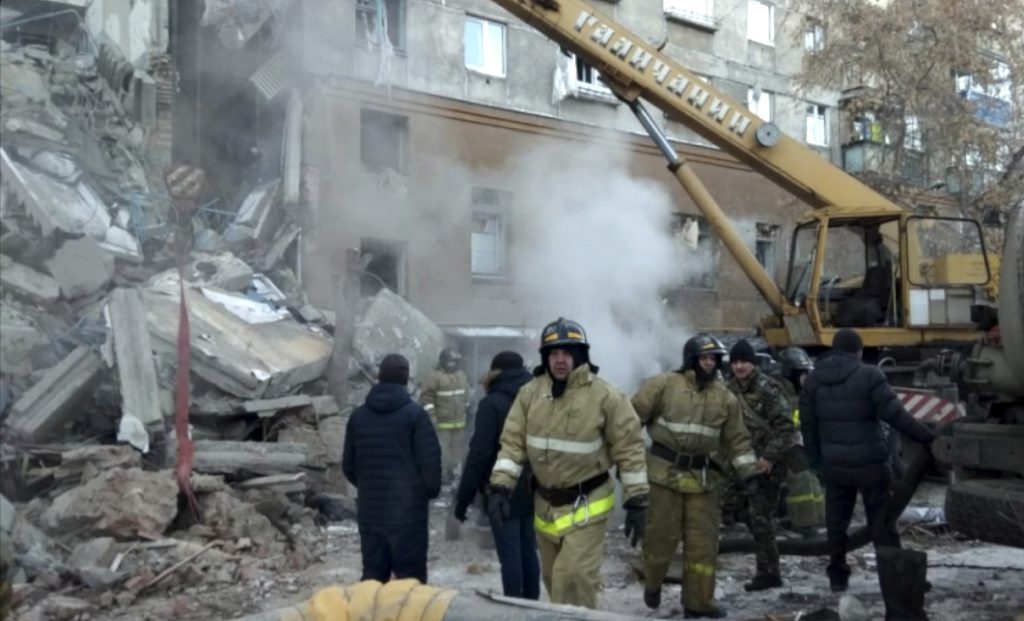 At least four people died Monday when sections of an apartment building collapsed after an apparent gas explosion in Russia’s Ural Mountains region, officials said, and hundreds of rescuers are searching for survivors under the debris.

The authorities said five people were hospitalized with injuries, and 38 other residents remained unaccounted for in the accident in Magnitogorsk, a city of 400,000 about 870 miles southeast of Moscow.

The nation’s top investigative agency, the Investigative Committee, said the collapse of a section of the 10-story building was apparently caused by a gas leak. It happened before dawn when most residents were still asleep on Monday.

Emergency officials admitted that they were racing against time as the frigid weather reduces the chances to find anyone alive.

Local authorities initially said 68 of those registered in the collapsed section of the building were unaccounted for, but later tracked down some of them.

Magnitogorsk Mayor Sergei Berdnikov told the Tass news agency that 38 people are still missing, adding that it wasn’t clear if they were in the building when it collapsed.

Emergency workers have evacuated residents of nearby sections of the building, fearing they could also tumble down.

The Kremlin said that President Vladimir Putin has been briefed on the situation. Cabinet officials arrived in Magnitogorsk to oversee the rescue efforts.

Gas explosions in Russian homes and businesses are common, and they are usually blamed on neglect of safety rules or poor maintenance.