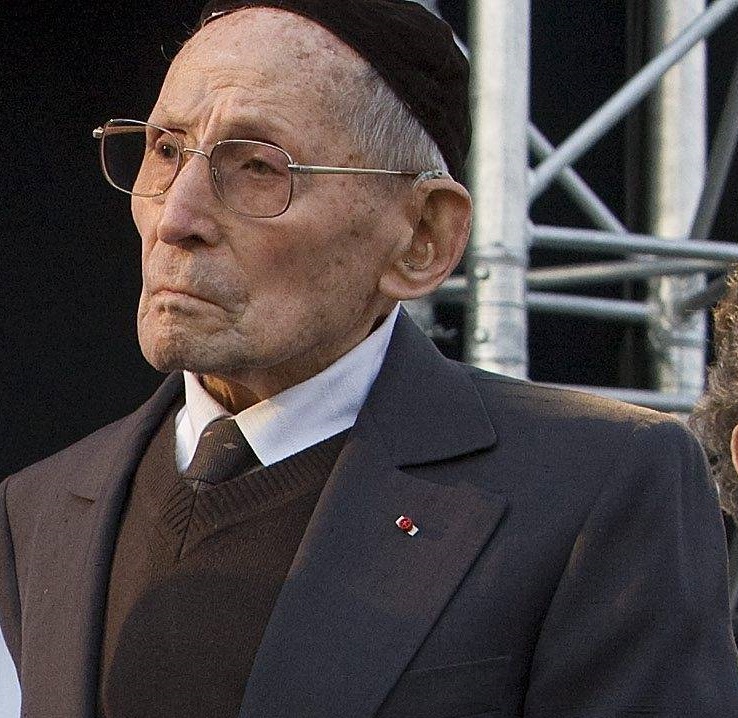 It had all started as a game. During World War II, when hundreds of Jewish children were hidden at chateaus in the French countryside, kept out of sight from the nation’s Nazi occupiers and Vichy collaborators, Georges Loinger entertained them with calisthenics, soccer matches and ball games.

Tall and athletic, Loinger was a Jewish engineer turned physical-education teacher, whose blond hair and blue eyes helped him “pass” as a non-Jew while he traveled across France, secretly visiting the chateaus and other makeshift refugee centers to keep his young wards healthy with exercise.

But as anti-Semitic legislation gave way to mass deportations and murder, his exercise routines turned into a morbid form of training, preparation for the day in which Loinger would, if everything went smoothly, smuggle the children across the border into neutral Switzerland. As a grim backup, it was also preparation in case the children were discovered and sent to a concentration camp.

Loinger, who had served in the French army and escaped from a German prisoner-of-war camp before joining the Oeuvre de Secours aux Enfants, a Jewish relief organization known as the OSE, became one of the war’s most daring smugglers of Jewish children, shepherding them across the Swiss border using schemes that involved the very games he had once taught them for fun and exercise.

While estimates vary, the American Jewish Joint Distribution Committee, or JDC, credits the OSE with smuggling 2,000 children into Switzerland. “It is probable,” Deborah Dwork and Robert Jan van Pelt wrote in “Flight From the Reich,” a history of Jewish refugees in the Nazi era, “that Georges Loinger alone was responsible for half that number.”

Loinger, whom Le Monde described as the “dean of the Jewish resistance in occupied France,” was 108 when he died Friday at his home in Paris. His death was confirmed by Jean-François Guthmann, president of the OSE, who said he did not know the precise cause.

A cousin of Marcel Marceau, the French mime and fellow resistance fighter, Loinger’s smuggling efforts began in earnest in early 1943 as Nazi authorities accelerated their crackdown on Jews living in France. Some 77,000 Jews in the country were killed, primarily at the Auschwitz death camp in Nazi-occupied Poland, according to the U.S. Holocaust Memorial Museum.

Fluent in German, with a cover story as the physical-education instructor for a Vichy-backed youth organization, Loinger based his smuggling campaign in the town of Annemasse, just across the Swiss border from Geneva. The town’s mayor, Jean Deffaugt, introduced him to a network of paid “passeurs,” or smugglers, who ferried many of the children from one side of the border to the other.

But it was Loinger who often did the smuggling himself, evading the Gestapo and sometimes carrying small children on his back. The Foundation for the Memory of the Shoah, a French Holocaust remembrance group, credited him with helping more than 350 children cross into Switzerland, as well as with finding homes for another 125 German Jewish children in central France.

When children arrived at Annemasse, having taken the train under false identities, Loinger often led them to a field near the border, where he organized what he later described as “some really terrific (soccer) games,” according to Mordecai Paldiel’s book “Saving One’s Own: Jewish Rescuers During the Holocaust.”

“And while the game was in progress,” Loinger added, “some of the kids would cross the barbed wire – there were always fewer kids in our returning group, but no one noticed.”

Alternatively, Loinger would throw a ball hundreds of feet, just as he had as an exercise at the chateaus, when the children were urged to retrieve the ball and run back. This time, the children kept running, all the way to Switzerland.

Perhaps his most audacious scheme relied on a cemetery whose wall abutted the border. Loinger had people dress up as mourners, and he used a gravedigger’s ladder to ferry the children over the wall and into Switzerland, where they linked up with Swiss members of OSE. Sewn inside their clothes, just under the armpit, were documents containing their real names.

Georges Uriel Joseph Loinger was born in Strasbourg, France, on Aug. 29, 1910, to a Jewish family from Poland. His hometown, part of the Alsace region on the French-German border, came under French control after World War I but maintained a distinctly German identity.

Loinger was drafted into the army and in 1940, as German forces swept into the country, he was captured and sent to Stalag VII-A, a POW camp near Munich. Months later, he received a letter from his wife, Flore Loinger.

“She was in charge of 123 Jewish children at a chateau owned by the Rothschilds, and she told me she was having great difficulty with caring for them,” Loinger told The Jerusalem Post. “So I decided to escape, together with my cousin, who was with me at the POW camp, and we made our way back to France to help her.”

Loinger soon joined up with the OSE and came under the wing of Joseph Weill, the group’s medical director, who later tasked him with developing the smuggling system. In time, he smuggled out his own wife and two children, and according to The Jerusalem Post served in a military operation to liberate Jewish children in southeastern France.

Loinger was later involved in organizing the Exodus, an effort to bring Holocaust survivors to what was then the British mandate of Palestine, and served as an executive with the Israeli shipping company Zim.

He had two children with his wife, who predeceased him.

Loinger sometimes seemed surprised by his good fortune in surviving the Holocaust – and by the luck of so many children he helped do so as well. On one occasion, he recalled, he was escorting 50 children to Annemasse when he encountered a group of German soldiers on the train.

Loinger, who had prepared a cover story, told the soldiers the kids were refugees from bombed-out Marseille, traveling to a health camp. But when the train arrived at Annemasse, one of the German officers offered to escort the group, saying: “Listen, these kids are tired. Let us hasten the exit procedure. I’ll tell the police you’re with us.”

“Then followed an extraordinary sight,” Loinger said, according to “Saving One’s Own.” “Fifty German soldiers, singing, en route through the city of Annemasse, with 50 Jewish children and me marching in step behind! Once we reached the reception center, the convoy came to a halt. The German saluted me, and the children and I went in – seen to the door under official German protection.”