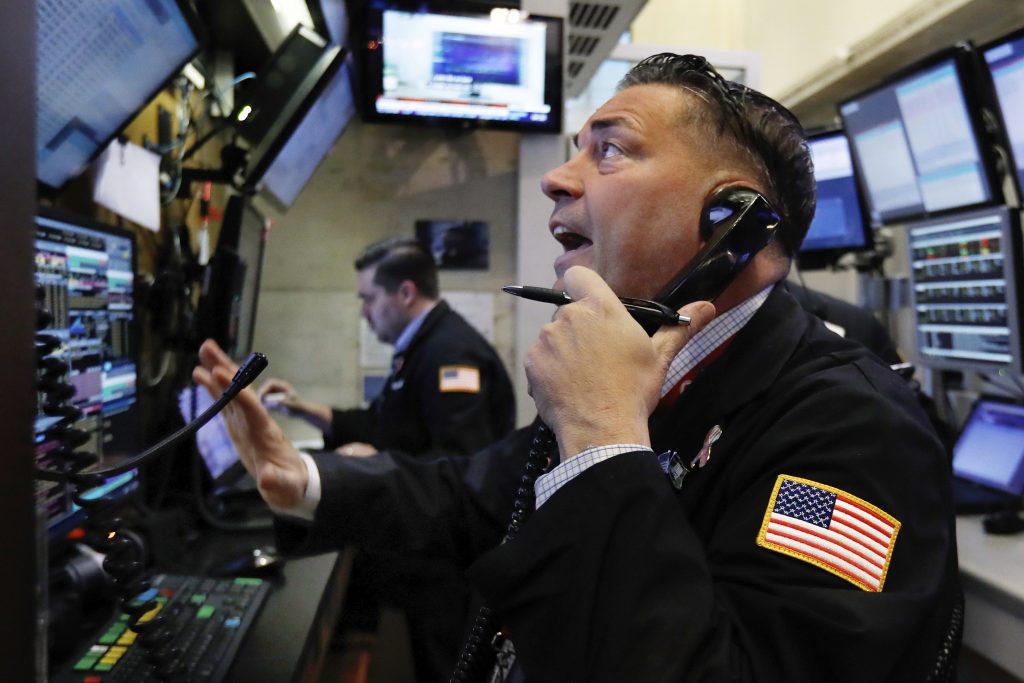 Wall Street staged a swift, last-minute turnaround Thursday that rescued stocks from a steep dive and put the market on track to end a topsy-turvy, volatile week with a gain.

The comeback reversed a 611-point drop in the Dow Jones Industrial Average. The S&P 500 and Nasdaq eked out modest gains after having been down 2.8 and 3.3 percent, respectively.

Thursday’s sharp swing in stocks followed their best day in 10 years. Even so, the market remains headed for what could be its steepest annual loss since the financial crisis.

The market’s sharp downturn that began in October has intensified this month, erasing all of its 2018 gains and nudging the S&P 500 closer to its worst year since 2008. Even with the two-day winning streak, the Dow, S&P 500 and Nasdaq are all down more than 9 percent for the month and stocks are on track for their worst December since 1931.

“There are reasons we should be volatile, including a lot of unknowns as we head into 2019, starting with tariffs,” said JJ Kinahan, chief markets strategist for TD Ameritrade, noting that below-average trading volume this time of year is also contributing to the market’s volatility this week.

Prior to the two-day rally, the S&P 500 had fallen in 11 of 16 trading sessions in December, with five of the declines by 2 percent or more. Investors had grown worried that the testy U.S.-China trade dispute and higher interest rates would slow the economy, hurting corporate profits.

“The last two days are really demonstrable of what the market is struggling with,” said Tom Martin, senior portfolio manager of Globalt Investments. “It’s looking for a bottom. It’s looking for a reason to gain a little more confidence. And it’s also looking for opportunities to reposition and lessen risk.”

Health care and technology companies, banks and industrial stocks accounted for much of the broad gains.

Bonds prices rose. The yield on the 10-year Treasury slipped to 2.78 percent from 2.79 percent late Wednesday, although the yield dropped as low as 2.73 percent when stocks were near their lowest levels as investors sought safer investments.