World Trump, Erdogan to Coordinate as U.S. Pulls Out of Syria
World 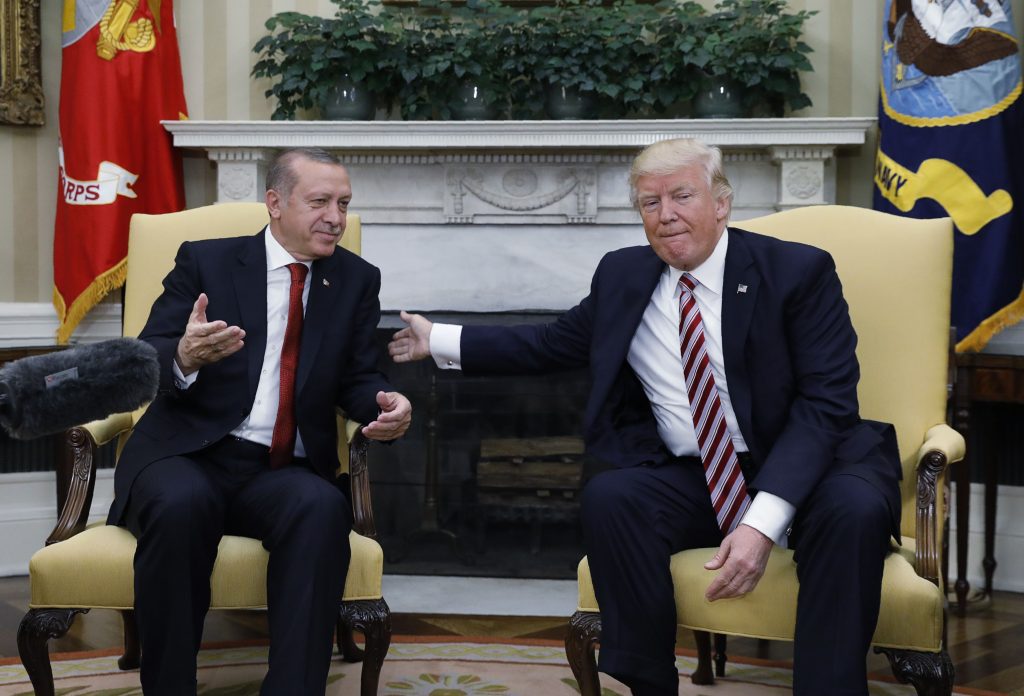 Turkish President Tayyip Erdogan and President Donald Trump agreed on Sunday to coordinate to prevent an authority vacuum from developing as the United States withdraws from Syria, the Turkish presidency said.

In a phone call between the two leaders, Erdogan also expressed satisfaction with steps taken by Washington regarding combating terrorism in Syria and said Turkey was ready to provide any type of support, the presidency said.