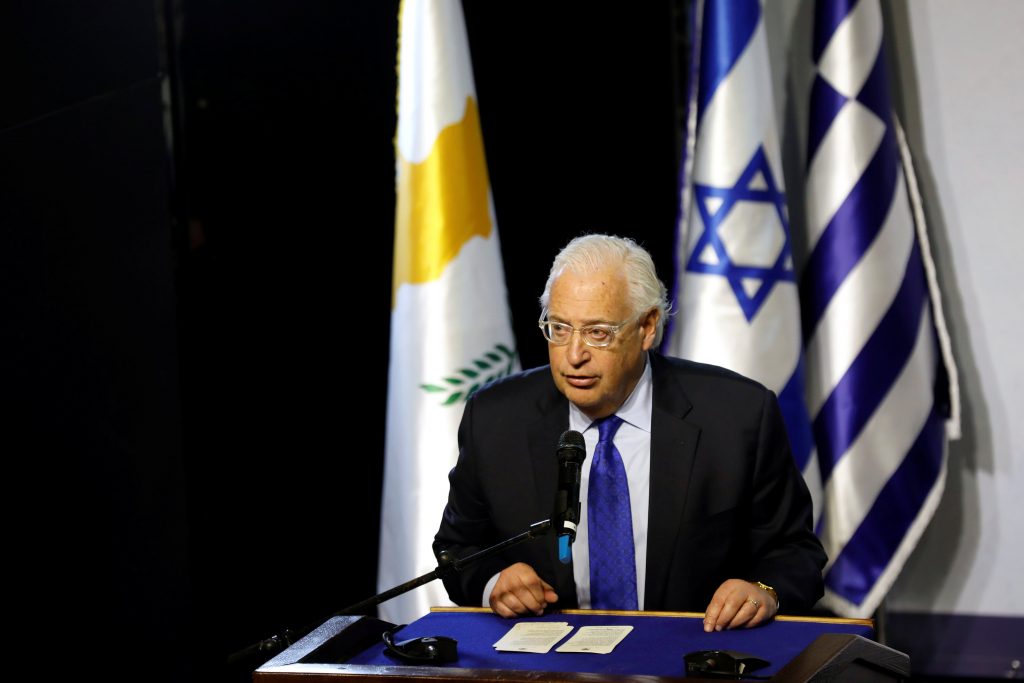 The U.S. ambassador to Israel says the United States “wholly supports” plans for a pipeline that would transport east Mediterranean gas to Europe.

David Friedman spoke Thursday in southern Israel at a joint summit between the leaders of Israel, Greece and Cyprus. He called the pipeline project “of great importance for the stability and prosperity of the Middle East and Europe,” and urged all countries in the region to work to ensure its success.

The three countries are among the partners in the $7 billion project, which is expected to take six to seven years to build. Israel and Cyprus hope that exporting their offshore reserves will transform their economies and diversify Europe’s energy supply.

The leaders offered no details of the pipeline’s construction timeline.