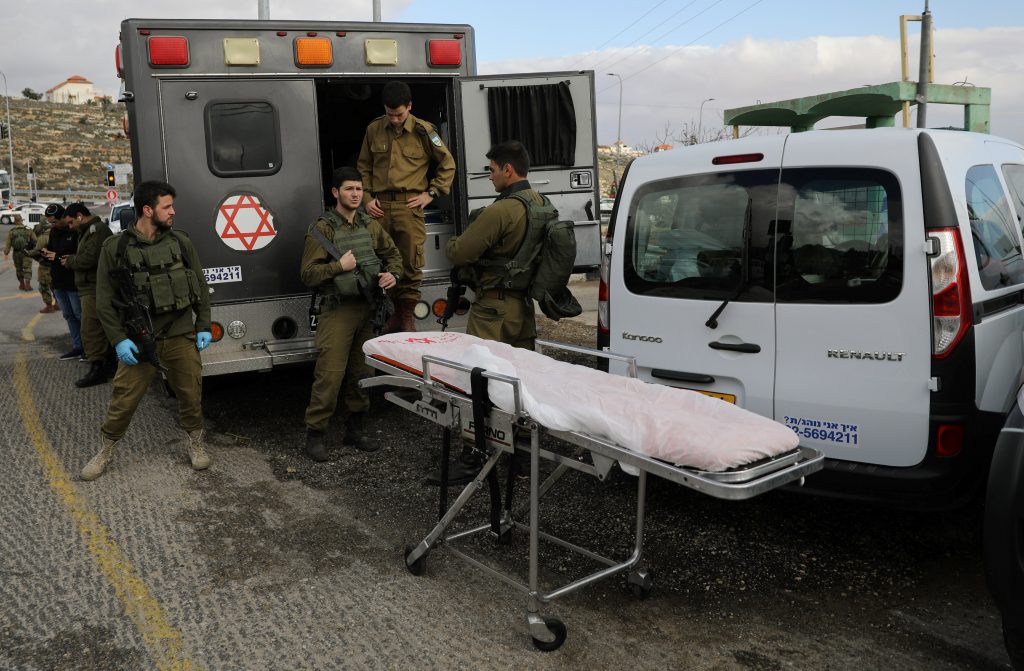 Shin Bet Director Nadav Argaman met Monday with Hussein a-Sheikh, a top adviser to Palestinian Authority chief Mahmoud Abbas, in an attempt to calm the security situation, PA sources said. Kan News reported that the meeting came after pressure on the PA by Egypt and Jordan to keep security coordination with Israel going, despite the tensions in recent days.

Israelis forces are still searching for terrorists who participated in terrorist attacks in the Binyamin region last week – near Ofra a week ago Sunday, and at Givat Assaf on Thursday. Israeli forces were spread throughout the area and have been entering Arab villages in the region seeking the culprits. A closure was imposed around Ramallah, raising the ire of the PA.

The PA source said that Jordan has asked Israel to act less aggressively against the PA in order to allow for the situation to calm down. Abbas is set to meet Tuesday with Jordan’s King Abdullah. The meeting follows several others in recent days between PA and Egyptian officials on the terror attacks against Israelis last week, the Kan News report said.

A-Sheikh told PA media that the meeting with Argaman was “an emergency meeting to prevent a further deterioration of the situation” due to Israel’s mass arrests of terrorists in recent days, the accelerated pace of demolitions of terrorists’ homes, and the closures of Ramallah and other towns and villages.

“We told the Israelis that this is not acceptable to us and that we will no longer sit quietly. We stressed that this is a violation of all the agreements with the PLO, and if it does not [cease] we will have to reevaluate those agreements.”

Overnight Monday, security officials said they arrested 24 wanted security suspects in Yehudah and Shomron. The suspects were wanted for participating in rioting and throwing stones and firebombs that endangered Israeli civilians and IDF soldiers. Several of the suspects were also charged with belonging to Hamas. All were being questioned on their activities by security forces.