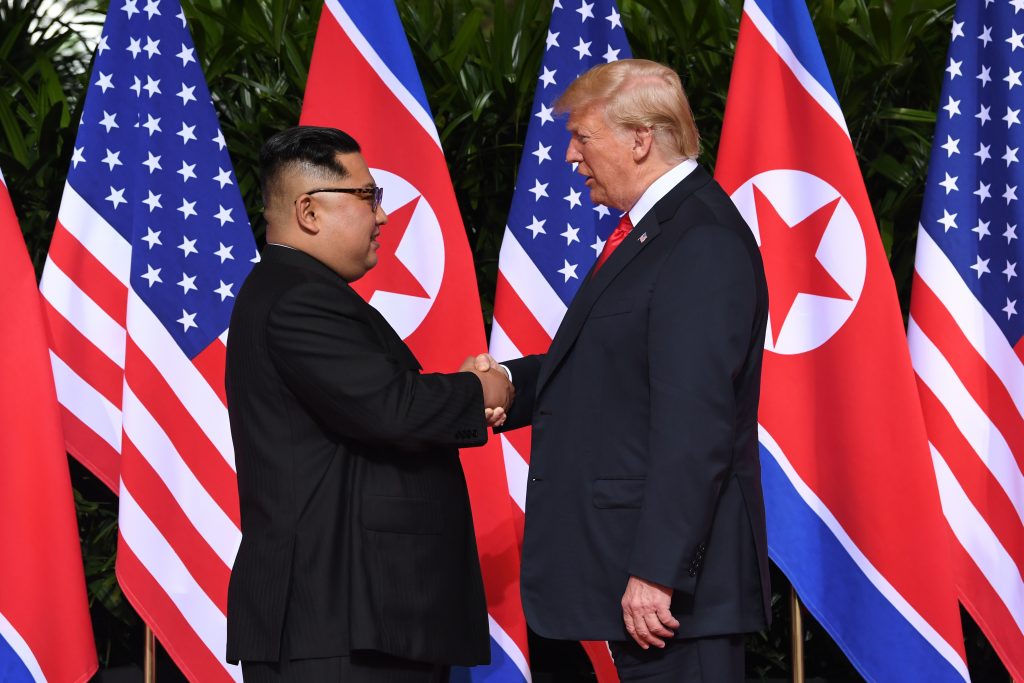 North Korea on Sunday condemned the U.S. administration for stepping up sanctions and pressure on the nuclear-armed country, warning of a return to “exchanges of fire” and that disarming Pyongyang could be blocked forever.

Denuclearizing North Korea has made little progress since Kim Jong Un and President Donald Trump met in Singapore in June in a historic summit. The two sides have yet to reschedule working-level talks between U.S. Secretary of State Mike Pompeo and senior North Korean official Kim Yong Chol, which were cancelled abruptly in November.

While crediting Trump for his “willingness” to improve relations with the North, also known as DPRK, Pyongyang accused the U.S. State Department of being “bent on bringing the DPRK-U.S. relations back to the status of last year which was marked by exchanges of fire.”

North Korea’s foreign ministry said in a statement that Washington had taken “sanctions measures for as many as eight times against the companies, individuals and ships of not only the DPRK but also Russia, China and other third countries…”

If the U.S. administration believed that heightened sanctions and pressure would force Pyongyang to abandon its nuclear weapons, “it will count as (its) greatest miscalculation, and it will block the path to denuclearization on the Korean peninsula forever – a result desired by no one,” according to the statement.

The foreign ministry statement was released under the name of the policy research director of the Institute for American Studies.