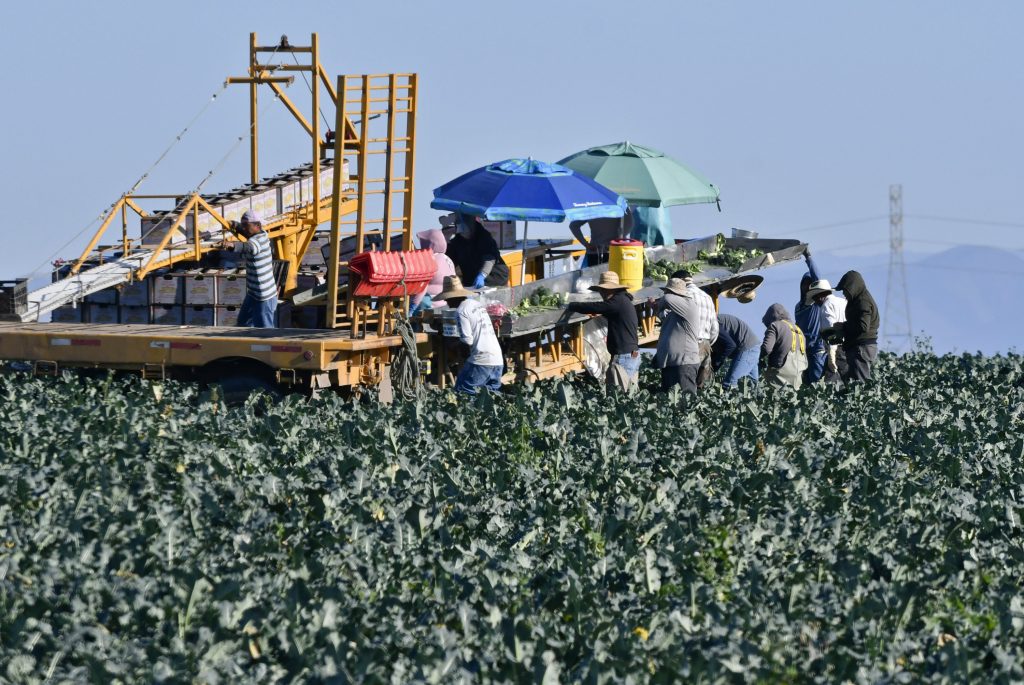 U.S. health officials have traced a food-poisoning outbreak from romaine lettuce to at least one farm in California.

But they cautioned Thursday that other farms are likely involved in the E. coli outbreak and consumers should continue checking the label before purchasing romaine lettuce.

The Food and Drug Administration said 59 people in 15 states have now been sickened by the tainted lettuce. That’s seven more cases than previously reported, but regulators said they are fairly confident that the lettuce that first triggered the outbreak has been removed from the market. The FDA told consumers to avoid romaine lettuce just before Thanksgiving.

Officials said a water reservoir at Adam Bros. Farms in Santa Barbara County tested positive for the bacterial strain and the owners are cooperating with U.S. officials. Officials from the FDA and the Centers for Disease Control and Prevention have not determined how the water reservoir — which is used to irrigate lettuce — became contaminated.

The bacteria can get into water and soil through multiple routes, including waste from domesticated animals or wild animals, fertilizer and other agricultural products.

The FDA’s Dr. Stephen Ostroff said investigators have linked the tainted lettuce to multiple distributors and processors, suggesting it must have come from several farms.

A man who answered the phone at Adam Bros. Farms said he could not comment on the government announcement. According to the company’s website, it only grows vegetables products, including broccoli, cauliflower, celery and various types of lettuce.

The government also narrowed the source of the outbreak to three California counties: Santa Barbara, Monterey and San Benito. That’s down from six California counties under investigation when regulators began warning the public last month.

Regulators said people should only buy lettuce with a label listing where and when it was harvested. Lettuce from outside the three California counties that was harvested after Nov. 23 should be safe to eat.

E. coli, the bacteria often associated with food poisoning, usually causes sickness two to eight days later, according to health authorities. Most people with the infection get diarrhea and abdominal cramps. Some cases can be life-threatening, causing kidney failure and seizures.