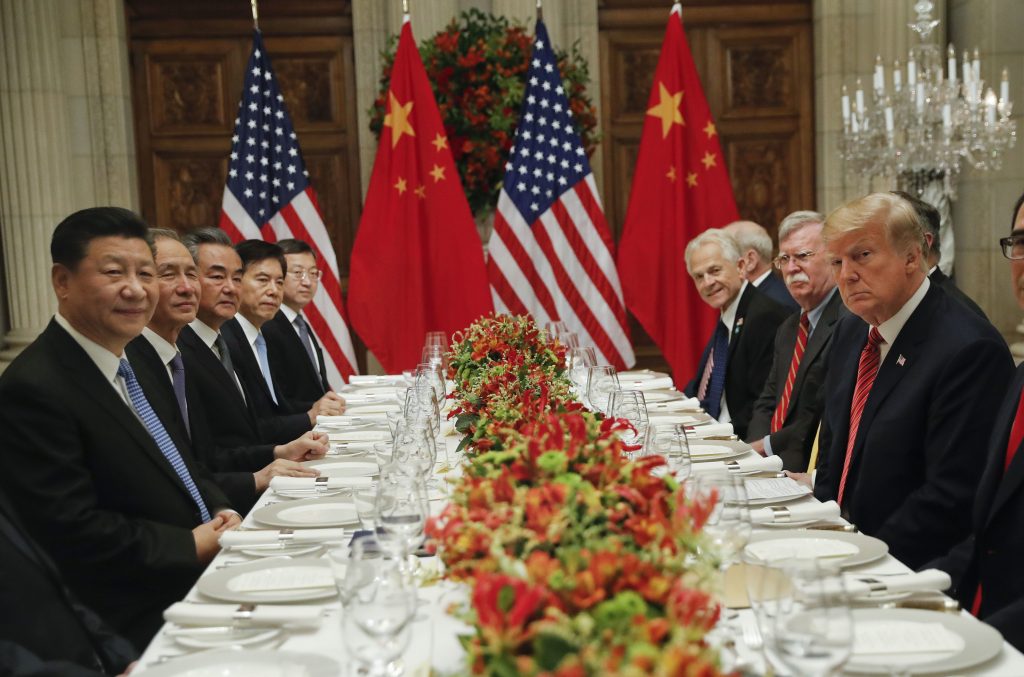 China is considering plans to delay some targets in its strategy to dominate high-end technologies and focus instead on shaping industry standards, according to two people familiar with the matter.

Beijing may postpone some aspects of its ambitious industrial program by a decade to 2035, according to the people, who spoke on the condition of anonymity. The program that Chinese officials call “Made in China 2025,” which cites advancements in robotics, aerospace and renewable energy, has been one of the main targets in President Donald Trump’s trade war.

Trump launched the tit-for-tat tariff dispute with China this year in order to balance trade and give American firms increased access to the world’s second-largest economy.

It’s not clear how much, if any, of China’s proposal on revising the Made in 2025 plan has been communicated to the Trump administration, and Beijing hasn’t made a final decision, the people said.

The White House is skeptical of the moves, particularly whether Beijing is committed to making permanent changes to its economic policies, according to one person familiar with the administration’s thinking. The changes to China’s industrial strategy may amount to little more than a re-branding that leaves in place the underlying practices opposed by the U.S., the person said.

The Trump administration doesn’t have an update on trade talks with Beijing, according to a White House official, who declined to be identified. Trump has raised to Chinese President Xi Jinping unfair policies and practices that hinder American access to Chinese markets, and is pushing for China to take concrete steps to free up competition, according to the official.

Treasury Secretary Steven Mnuchin and U.S. Trade Representative Robert Lighthizer are “in constant contact with China” and are making “a lot of positive progress but have to wait and see where it all ends up,” Council of Economic Advisers Chairman Kevin Hassett told Bloomberg.

The Wall Street Journal first reported Wednesday on China’s plans to give foreign companies greater access to its economy and that it was drafting a replacement to its Made in 2025 program, citing sources briefed on the strategy.

Stocks rallied globally on the improved outlook for U.S.–China trade, with U.S. equities gaining after the Journal story. The S&P 500 Index and Dow Jones Industrial Average both rose more than 1.5 percent as of 12:09 p.m. in New York.

A less aggressive technology plan could address concerns raised by the Trump administration that Beijing unfairly subsidizes Chinese companies and steals American intellectual property. Lighthizer has been tasked with negotiating a deal focused on technology issues by March 1.

President Xi’s government has taken steps this week to soothe the U.S., including a plan to cut tariffs on U.S. cars to 15 percent from 40 percent. China said last week it would deepen reforms in the area of science and technology and put more effort into protecting intellectual-property rights.

But U.S. officials have questioned China’s willingness to back down from its global technology ambitions. While China has been playing down Made in China 2025 since trade tensions flared, it’s been pushing ahead undaunted with its state-driven industrial policies, Lighthizer’s office said in a report last month.

The evidence of China’s commitment to a market-oriented economy will be in the implementation of those changes, David Malpass, the Treasury undersecretary for international affairs, told lawmakers at a House hearing in Washington on Wednesday.

“Having China find its way to a more market oriented stance to the world is a critical” part of the trade talks, said Malpass. “The proof is in the pudding. There’s a desire within the discussions” to agree on specific timelines, deadlines and enforceable actions.

China launched the plan in 2015, with the goal of becoming an advanced manufacturing leader within a decade. The initiative aims to develop local expertise in research and development and reduce the nation’s reliance on foreign technology. It targets 10 emerging sectors, including robotics, clean-energy vehicles and biotechnology.