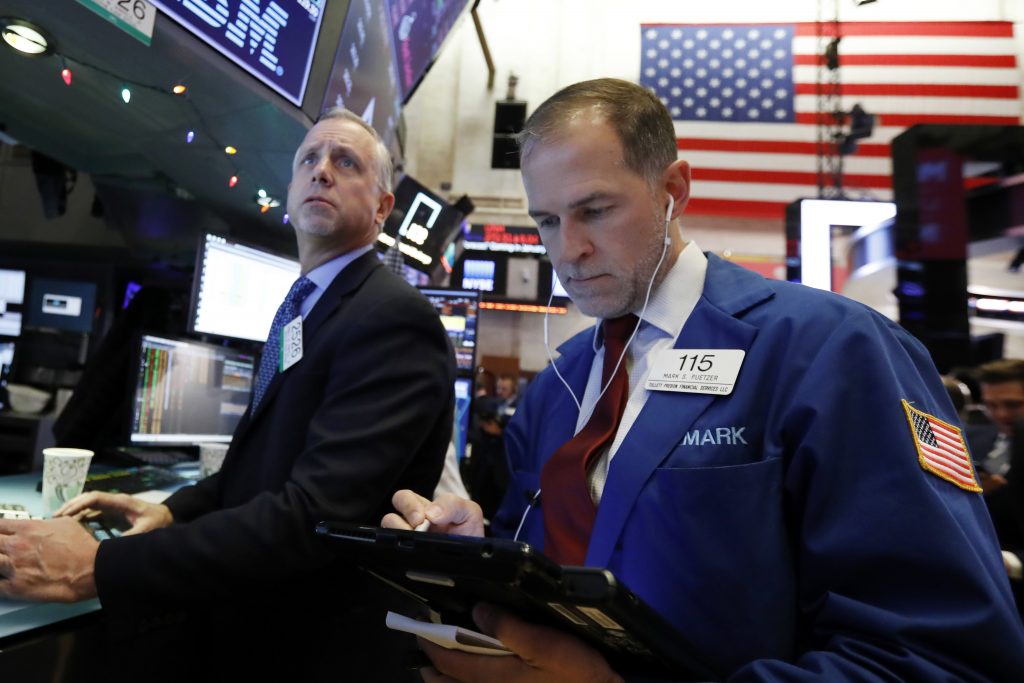 The S&P 500 and the Dow Jones Industrial Average slipped back to losses for the year on Thursday, as U.S. stocks fell on mounting worries of slowing global growth after a fresh twist in China-U.S. tensions as well as lower oil prices and U.S. bond yields.

The arrest of Chinese smartphone maker Huawei Technologies Co Ltd.’s chief financial officer at the request of the United States cast fresh doubts over the prospect of Beijing and Washington striking a deal on trade tariffs in their 90-day truce period.

“Markets are extremely sensitive to any news regarding trade. The potential slowdown in global growth is also something the markets are pricing in,” said Massud Ghaussy, senior analyst at Nasdaq IR Intelligence in New York.

The Dow and the S&P were down more than 1.5 percent, tracking 0.4 percent losses for the year despite coming well off their session lows. The two indexes and the Nasdaq had tumbled more than 3 percent each on Tuesday.

Optimism after the trade truce over the weekend boosted Wall Street on Monday, extending a rally from last week when the Federal Reserve signaled a slower pace of interest rate hikes.

But that optimism faded on Tuesday and, along with a drop in longer-dated U.S Treasury yields, triggered a slide in equities that continued on Thursday. Markets were closed on Wednesday.

The benchmark 10-year Treasury yield held at three-month lows as traders bet on fewer rate hikes after data showed U.S. trade deficit hit a 10-year high in October and that the pace of job growth was moderating.

“We have a repricing of risk as shown in rising bonds (prices), but is obviously adding to the negativity in equities,” said Ghaussy.

Crude oil prices fell after an OPEC meeting in Vienna over production policy ended without a decision. Earlier the group signaled it may agree to a smaller cut than expected.

All the 11 major S&P sectors were in the red. Technology fell 0.90 percent, energy 3.27 percent and the trade-sensitive industrials 2.07 percent.

The biggest drag came from a 2.90-percent slump in financials as bond yields fell and bets of a rate hike were pushed lower.

The CBOE Volatility Index, the most widely followed barometer of expected near-term volatility for the S&P, jumped to its highest since Oct. 29.

Apple Inc fell 1.8 percent and was the biggest drag on the S&P and the Nasdaq, while Boeing Co’s 4.5 percent decline weighed the most on the Dow.