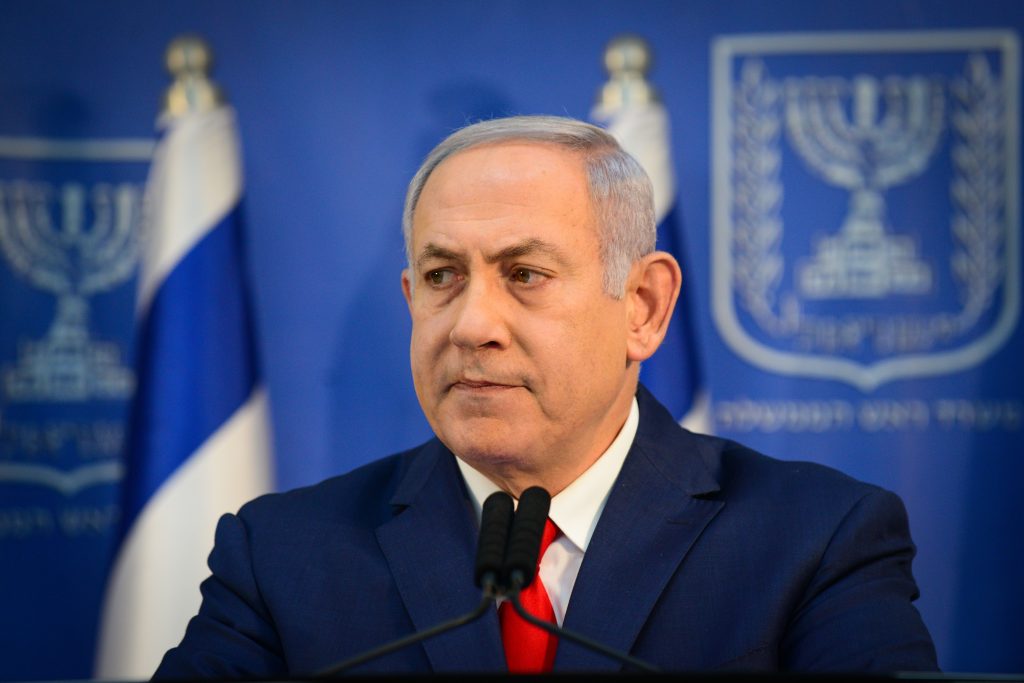 Police say their investigation has established an evidence-based foundation to charge Netanyahu and his wife Sara with accepting bribes, fraud and breach of trust. The case revolves around suspicions that confidants of Netanyahu promoted regulations worth hundreds of millions of dollars to the Bezeq telecom company in exchange for positive coverage of the prime minister on Bezeq’s subsidiary news website, Walla.

Police have already recommended indicting Netanyahu on corruption charges in two other cases.

Attorney General Avichai Mandelblit has given his permission for the publication, according to media reports.

Case 4000, the most serious of the corruption investigations against the prime minister, rests on two premises.

The second premise is that in exchange for the positive treatment to Bezeq, Netanyahu and his wife directed Bezeq’s online news site Walla to give him favorable coverage. This was arranged through Elovitch, his wife, Nir Chefetz, and some of Elovitch’s top Walla employees.

In a joint statement with the Israel Securities Authority, police said they also found sufficient evidence to charge Bezeq’s controlling shareholder with bribery as well as other officials at the company.

“The main suspicion is that the prime minister took bribes and acted in a conflict of interest by intervening and making regulatory decision[s] that favor Shaul Elovitch and Bezeq, and in parallel demanded directly and indirectly to interfere with content of the Walla website in a way that would benefit him,” the statement said.

In the course of the investigation, the police wrote, which took place between February 2018 and November 2018, 13 suspects were interrogated under suspicion, some of them suspected of being involved in the bribery mechanism and some of them of assisting bribery offenses. Some of the suspects were detained for various periods according to the needs of the interrogation.

Testimonies of 60 witnesses were collected (176 notices), an investigation was conducted outside Israel, and many investigative materials, including recordings and documents, collected assets and funds designated for forfeiture, were seized from among those involved in the affair, in an amount estimated at NIS 118 million.

If true, this would constitute bribery as Netanyahu worked to set government policies that would increase monetary profits for Elovitch in exchange for positive media coverage.

“Only recently, the authorities have rejected the police recommendations against a series of public figures. I am sure that even in this case authorities, after examining the matter, will reach the same conclusion – that there was nothing because there is nothing.”