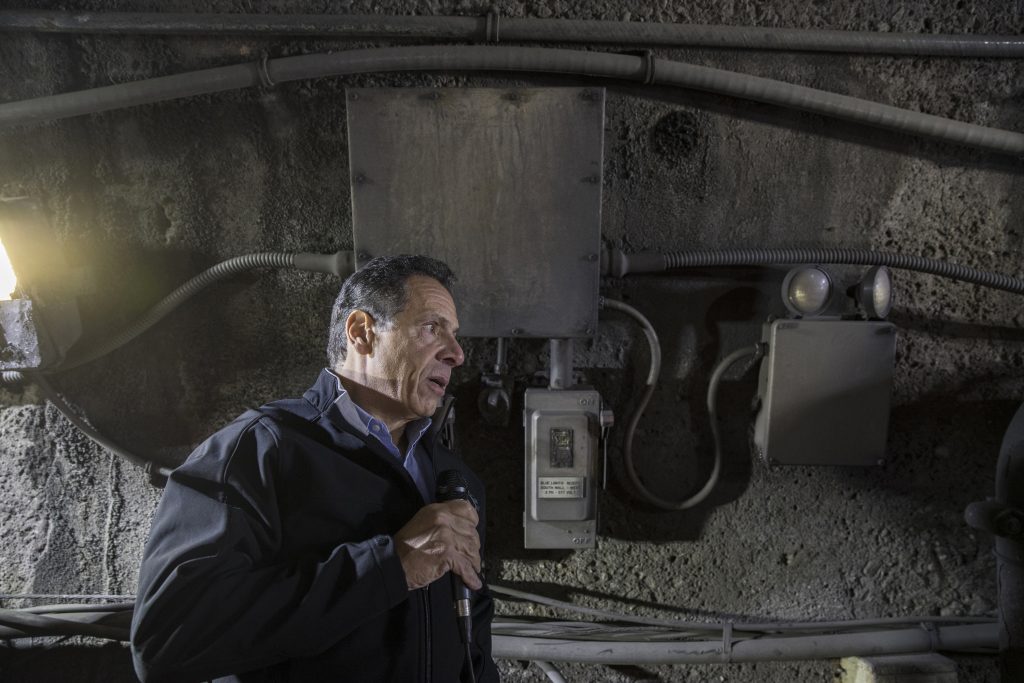 Gov. Andrew Cuomo said he and President Donald Trump had a “productive” meeting Wednesday to discuss one of the Northeast’s most pressing transportation needs: a rail tunnel under the Hudson River.

While the president made no assurances about federal funding for the project, Gov. Cuomo said, the Republican president was receptive and said he wants to find a way forward. U.S. Transportation Secretary Elaine Chao and Trump Chief of Staff John Kelly also attended the lunch meeting.

“The president got it,” said Mr. Cuomo, noting Mr. Trump’s background in construction and development in New York City. “I think in many ways this situation is bigger than politics.”

Local officials and transportation experts have warned for decades about the need for a new tunnel to carry Amtrak and commuter rail service between New York and New Jersey. The current century-old Amtrak tunnel now operates at capacity during rush hours and suffered extensive saltwater damage in 2012’s Superstorm Sandy. Amtrak officials say either of the tunnel’s two tubes could fail in the next 10 to 15 years, paralyzing train travel between Boston and Washington on what is known as the Northeast Corridor.

A new tunnel, with an estimated price tag of $13 billion, would take several years to build.

The two states had pledged to pay half the estimated $13 billion price tag under a deal worked out with the Obama administration. The Trump administration now says there was never any agreement. In March, Chao told a House committee that Trump was moving to block funding for the project because New York and New Jersey weren’t putting up enough of their own money.

The solution, Mr. Cuomo said, is to use a new legal corporation to direct the project on behalf of the two states and the federal government. The corporation could carefully manage bids from private construction companies to ensure the project is completed on time and on budget, he said.

While they have disagreed on many of Mr. Trump’s policies since he became president, the two men struck a friendlier tone Wednesday. In an interview with the New York Post, Trump said he has a “good relationship” with the governor of his home state. He mentioned video footage sent by Cuomo last month that shows the state of the existing tunnel’s disrepair.