The Dwindling of America’s Faithful 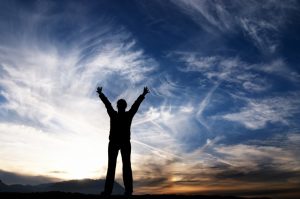 Twenty-five years ago, at my nephew’s pidyon haben, Harav Avraham Pam, zt”l, was the acting Kohen and spoke at the seudah. I remember only one sentence from his speech, but the wisdom of that simple sentence has stayed with me all these years. Rav Pam said, “There is no such thing as happiness without productivity.”

Rav Pam’s interpretation of happiness and his measure of productivity were certainly above that of the vast majority, and underscores the relativity of personal satisfaction. But the idea that personal satisfaction is derived from meaningful pursuit is a universal one that cuts across religious and ethnic lines. The question is: What is that pursuit?

This is the basis of a Pew Report released just last week, in time for Thanksgiving. Entitled “Where Americans Find Meaning in Life,” the Pew Research Center’s Forum on Religion and Public Life conducted two surveys late last year, rating participants’ life satisfaction and determining what makes their lives feel meaningful and fulfilling.

When asked what gives their lives meaning, 69 percent of Americans answered “family.” This was followed by “career” at 34 percent and “money” at 23 percent. “Spirituality and faith” came in at only 20 percent, with “friends” and “hobbies” close at faith’s heels, ranking at 19 percent respectively.

The 20 percent who value faith foremost was broken down by religious tradition. Evangelical Protestants led the pack, followed closely by historically black Protestants. Catholics and mainstream Protestants were a distant third and fourth.

The issue of faith was also linked to politics. Unsurprisingly, the Pew survey found that conservatives are at least twice as likely as liberals to say religion provides them with “a great deal” of meaning in their lives; whereas liberals are more liable to derive meaning from “arts and crafts,” “music” and “social and political causes.” And aside from atheists, young Americans are the least likely group to view religion as meaningful in their lives. Just 10 percent of adults under 30 cited “spirituality and faith” as being central to their lives.

So what does this tell us about Americans in general, and religious Americans in particular? The demise of religion in America, while not yet a doomsday scenario, seems well on its way. The rise of the secular certainly validates an unrelated 2017 General Social Survey conducted by the non-partisan and objective research organization NORC at the University of Chicago, which predicts that by the year 2035 it’s likely that 35 percent of the American population will have no religious affiliation at all.

The paucity of religious Americans should be cause for concern for all religious groups in a country built on Judeo-Christian values. While family does and should play a central role in people’s lives, finding meaning and satisfaction in a higher calling helps to shape the ideological nature and policies of a country. And a country with only 20 percent of its population valuing faith and religion will reflect those values accordingly in its laws and culture.

America today, in contrast to its culture and accepted norms of a few decades ago, is almost unrecognizable.Deviant behaviors that once featured in abnormal psychology books are not only accepted now; they are celebrated. Ideologies that used to be considered radical are now admired and endorsed. Worse, as the rising percentage of irreligious young Americans in the Pew survey indicates, such behaviors and ideologies should be expected to proliferate.

The principles that once governed this country were predicated on the religious attachment of the Founding Fathers. By large, those laws were enacted by men who aimed to follow the will of G-d — separation of church and state notwithstanding. Nowadays, new laws are enacted that follow the will of man, the majority of whom in this country are G-dless. And those laws are increasingly based on the moral relativism of Americans who find meaning in causes of immorality and the politics of climate change and social justice. Their idea of social justice.

Relying on evangelical Protestants is not a guarantee. A 2014 Pew report notes the increase in millennial evangelical support for liberal positions on social and political issues over their parents’ more conservative positions. These issues include marriage, immigration, environmentalism and even support for Israel. Neither is relying on increased immigration from traditionally Catholic countries in South America a guarantee. It seems unlikely they will bolster the influence of the small percentage of devout Catholics already in this country.

Maintaining a religious component in America has become an uphill battle against powerful hordes of agnostics conspiring against it. Beginning in public schools, radicals push not only an irreligious but an anti-religious agenda through the educational systems, colleges, the media, and by judicial activists on the bench. Politically, the recent midterm elections saw a shocking influx of avowed socialists into our halls of government.

America has long been a bastion of freedom for all religions precisely because of its Judeo-Christian values. This makes the Pew report all the more alarming to religious groups, particularly to American Orthodox Jews, whose values contribute to one-half of the Judeo-Christian equation. Putting aside the history of Christian inspired anti-Semitism in other countries, American people of faith have been a boon to American Jews. Because finding meaning in life “in a G-d we trust” is better for all American citizens than finding meaning in no G-d at all.