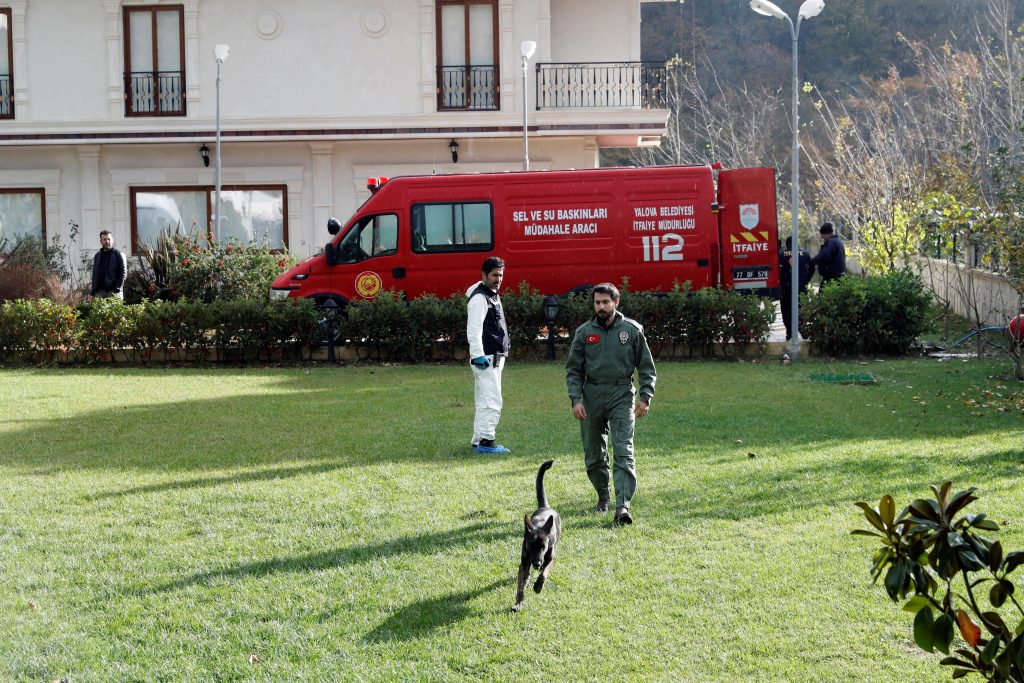 Turkish police, aided by sniffer dogs, searched two adjoining villas in northwestern Turkey on Monday as part of an investigation into the killing of Saudi journalist Jamal Khashoggi, officials and news reports said.

Crime scene investigators and other officials first sealed off one of the villas near the town of Termal in Yalova province and later expanded their search to the grounds of the neighboring villa, the state-run Anadolu agency reported.

A well on the grounds of the first villa was the focus of the search, the agency said, without providing further details.

Other Turkish media reports, however, said the police were searching for Khashoggi’s remains.

Turkey has maintained pressure on Saudi Arabia over the Oct. 2 killing of the U.S.-based columnist for The Washington Post. Khashoggi was a critic of Saudi Crown Prince Mohammed bin Salman.

Turkey says the journalist was killed by a 15-member assassination squad sent from Riyadh. The assassins strangled and dismembered him before removing his remains, which have yet to be found.

Ankara insists the orders for the killing came from the highest levels of the Saudi government, but not King Salman. The Saudi agents blamed for the killing included some members of the crown prince’s security entourage.

Saudi Arabia initially said Khashoggi had walked out of the consulate before shifting its account of what happened amid Turkish intelligence leaks. Riyadh is now seeking the death penalty for five members of the hit squad.

Yalova Gov. Muammer Erol confirmed that a search related to Khashoggi’s killing was taking place but said any announcement concerning the search would come from Istanbul’s chief prosecutor, who is leading the Turkish investigation into the killing.

Hurriyet newspaper said one of the villas belongs to a Saudi businessman, without naming him.