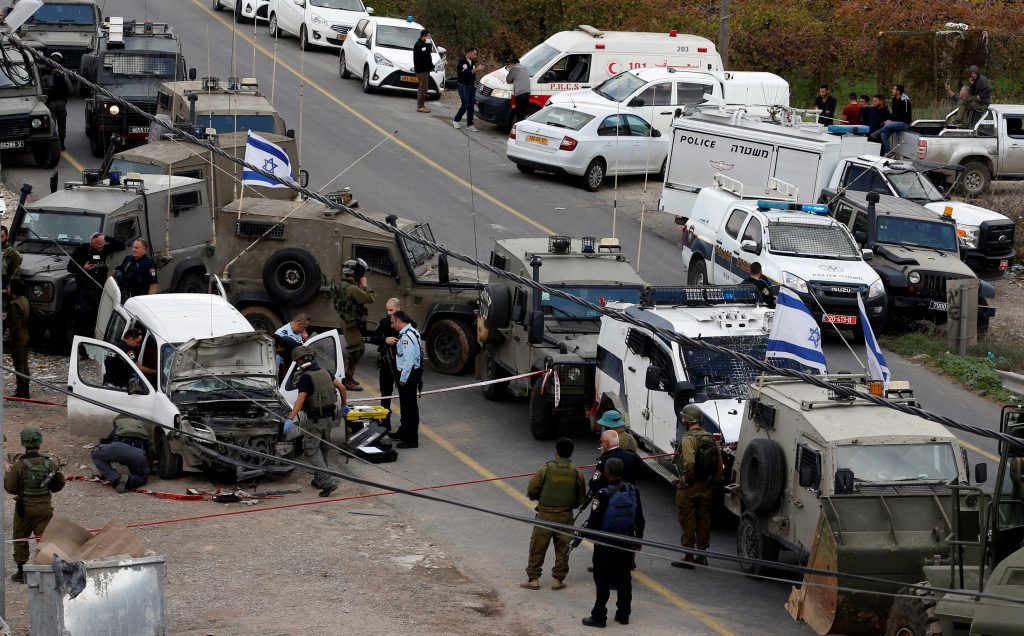 The IDF Spokesman reported that a terrorist ran over three soldiers while they were carrying out engineering work on a road between Beit Ummar and El-Arub.

One soldier was moderately wounded and two others were lightly wounded.

The two soldiers were evacuated to receive medical treatment in Shaare Zedek hospital in Yerushalayim, while the moderately wounded soldier was taken to Hadasah Ein Karem, also in Yerushalayim.

One of the patrol soldiers shot at, and neutralized, the terrorist. According to medical crews from the Palestinian Red Crescent Society (PRCS), the terrorist, Ramzi Abu Yabes, was killed.

Route 60, where the attack was, has been the site of many terror attacks in recent years, as it is regularly frequented by both Israelis and Palestinians.