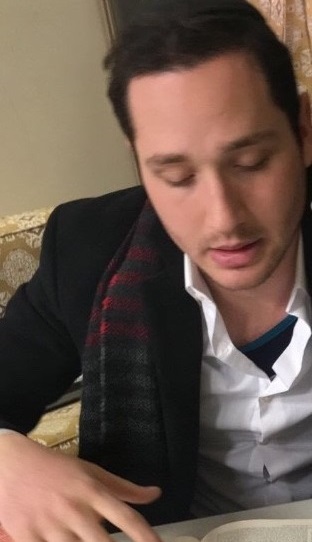 Nishmas Chaim’s Rosh Yeshivah, Rabbi Benztion Weinfeld, told Hamodia that the news had left those that knew Yechiel in shock and deeply pained.

“There are no words for such a tragedy, whole yeshivah has a broken heart,” he said. “We will never forget him, and will do our best to be mechazek ourselves in Torah and tefillah to keep his memory alive.”

Yechiel’s family emigrated from Eretz Yisrael and settled in Baltimore several years ago. He was a much beloved talmid of Yeshiva Nishmas Chaim, located at Miller and Gudz Roads on Lakewood’s south side.

Those that knew him remembered Yechiel as an especially well liked individual with a deep attachment to ruchnius, who put great effort into tefillah and loved singing at seudos on Shabbosim and Yomim Tovim, at kumzites and the like. He was musically inclined and often played guitar at yeshivah events.

“He was extremely ba’cheint,” said Rabbi Weinfeld. “He was a very positive person, very geshmak and warm, with tremendous respect for others. People loved to be with him.”

Rabbi Weinfeld added that Yechiel was a “deep thinker” who was constantly asking probing questions and who enjoyed discussing serious topics in Yiddishket with a broad open-mindedness for what others has to say.

At around seven o’clock in the morning, Yechiel was in a car being driven by a friend. The vehicle crashed near the corner of Cedar Row and West County Line Road. Police, Hatzolah, and other emergency personnel responded to the scene. Yechiel was transported to Monmouth Medical Center Southern Campus (formerly known as Kimball Hospital) where he was niftar shortly afterwards. The driver (Dovid ben Leah Devorah) was reportedly brought to Jersey Shore University Medical Center where he remains in serious, but stable condition.

West County Line Road between Tanglewood Lane and Hope Chapel Road was closed for much of the day while police investigated the scene.

Late on Sunday afternoon, Yechiel’s aron was flown to Eretz Yisrael for kevurah. Hespedim were delivered at Newark Airport before the aron was brought to the plane.