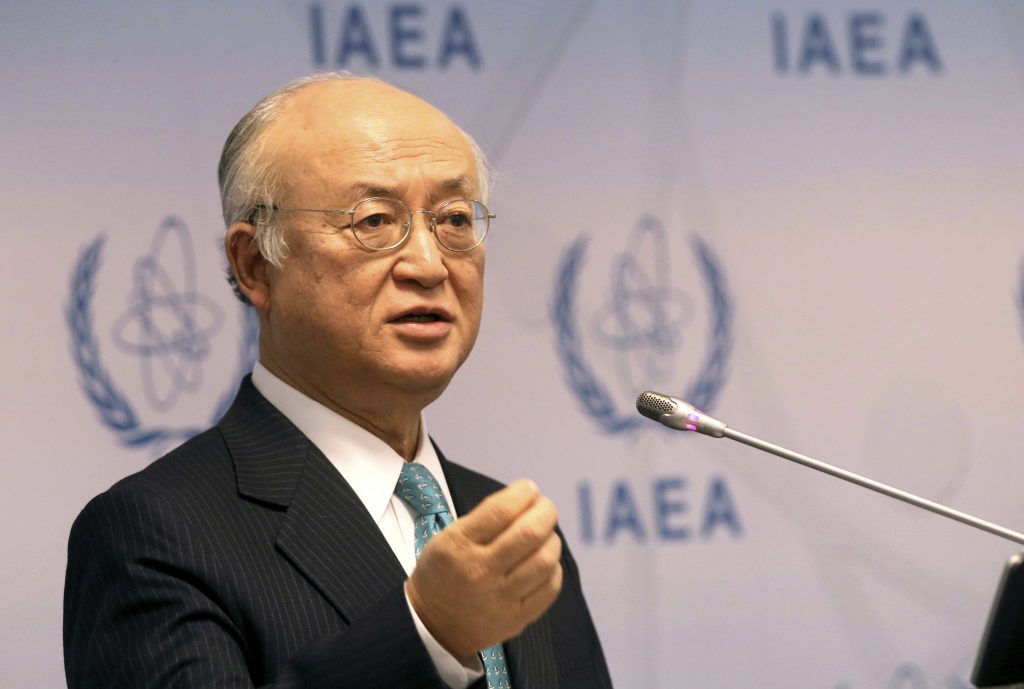 The head of the U.N.’s atomic watchdog has called on North Korea to allow inspectors back in to monitor its nuclear program.

Speaking at a Board meeting Thursday in Vienna of the International Atomic Energy Agency (IAEA), Director General Yukiya Amano noted that Pyongyang had in September talked about denuclearization measures including the “permanent dismantlement of the nuclear facilities in Yongbyon” — a reactor where it produces plutonium.

Amano said there has been activity observed at Yongbyon, but “without access the agency cannot confirm the nature and purpose of these activities.”

IAEA inspectors were expelled from North Korea in 2009 but Amano said the agency continues to prepare for their possible readmittance.

“The agency continues to enhance its readiness to play an essential role in verifying [North Korea’s] nuclear program if a political agreement is reached among countries concerned,” he said. “I again call upon [North Korea] to comply fully with its obligations under relevant resolutions of the U.N. Security Council and of the IAEA Board, to cooperate promptly with the agency and to resolve all outstanding issues.”

On the other hand, Amano told Board members that Iran continued to abide by the deal reached in 2015 with major world powers that aimed at preventing Tehran from building atomic weapons in exchange for economic incentives.

He reiterated the agency’s findings in a report distributed to member states earlier this month that “Iran is implementing its nuclear-related commitments under the Joint Comprehensive Plan of Action.”

The issue has grown more complicated since the U.S. withdrew unilaterally in May from the deal and then reimposed sanctions. Iran’s economy has been struggling ever since and its currency has plummeted in value.

The other signatories to the deal — Germany, Britain, France, Russia and China — are continuing to try and make it work.

Amano stressed that “it is essential that Iran continues to fully implement” its commitments.

In its full report, the IAEA said its inspectors continued to have access to all sites in Iran that it needed to visit and that inspectors confirmed Iran has kept within limits of heavy water and low-enriched uranium stockpiles.

“The agency continues to verify the nondiversion of nuclear material declared by Iran under its safeguards agreement,” Amano said. “Evaluations regarding the absence of undeclared nuclear material and activities in Iran continue.”