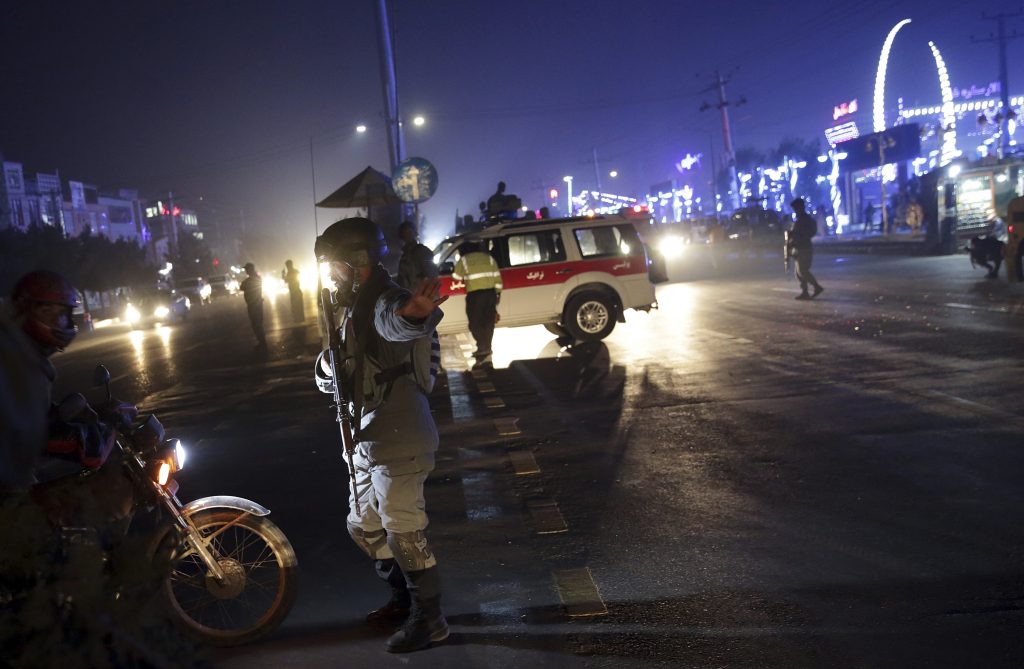 The victims included religious delegates from various parts of Afghanistan, Interior Ministry spokesman Najib Danesh said. He said the gathering was convened by the Afghan Ulema Council, the country’s largest religious body, and was attended by hundreds of Sunni Muslims. More than 80 attendees were wounded, officials said.

In a statement, President Ashraf Ghani described the attack as “unforgivable and a clear act of hostility against Islam’s teaching.” The United Nations mission in Afghanistan said it was outraged by the attack.

According to government officials, the bombing was carried out by a lone assailant who targeted the ceremony in large hall on the first floor of a hotel close to the Interior Ministry, a venue usually used for weddings.

More than 20 of those wounded in the attack were in critical condition, Health Ministry officials said. There were unconfirmed reports about the deaths of a number of top religious figures.

Officials said they feared that the death toll could rise.

One police official said high-grade explosives were used in the blast.

Police were not asked to provide security for the event, a police spokesman said, and the suicide bomber was able to slip into the hall undetected.

No group immediately claimed responsibility for the attack.

In June, at least 14 people, including seven clerics, were killed in a suicide attack in Kabul after leaving a government-sponsored conference of the Ulema Council at which religious leaders from both Sunni and Shiite sects condemned suicide attacks and the terrorist’s war against the U.S.-backed Afghan government.

The Islamic State claimed responsibility for the June attack, denouncing the meeting of “tyrant clerics” and their condemnation of suicide attacks, according to a website affiliated with the group.

The Afghan Ulema Council had issued an unprecedented religious edict earlier that day that said the insurgency in Afghanistan has no religious basis. It also declared that suicide attacks, often used by Taliban and Islamic State insurgents, are “haram,” or forbidden by Islam.

Affiliates of the Islamic State have repeatedly targeted mosques and sites of worship of Afghan Shiite Muslims in recent years. The Islamic State, a radical Sunni group, regards Shiites as heretics.

Ambulance sirens could be heard in several parts of the capital after Tuesday’s attack. Images on social media showed part of the badly damaged hall of the hotel.

Earlier this month, a deadly blast targeted a demonstration by hundreds of minority Shiites in the capital. Afghan officials said several people were killed in the Nov. 12 explosion near a high school and close to a gathering of people protesting Taliban attacks on Shiite areas in the Jaghuri and Malistan districts of eastern Ghazni province.