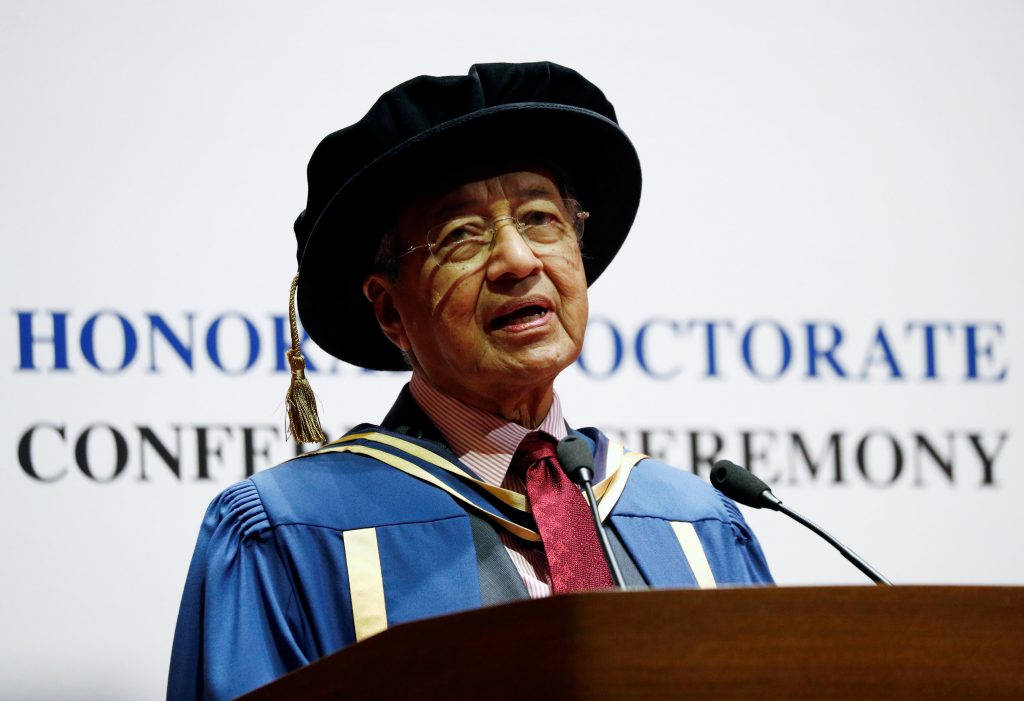 Australia’s treasurer on Friday said Malaysian Prime Minister Mahathir Mohamad had a history of anti-Jewish statements, in an escalating war of words over the possibility Australia might move its Israeli embassy to Jerusalem.

“The Malaysian Prime Minister has form,” Treasurer Josh Frydenberg said in a radio interview. “He has called Jews hook-nosed people. He has questioned the number of people that have been killed in the Holocaust.”

The comments came after Mahathir brought up the issue of moving the embassy with Morrison during a meeting at the ASEAN summit on Thursday in Singapore.

“I pointed out that in dealing with terrorism, one has to know the causes,” Mahathir told reporters afterwards, Australian media reported. “Adding to the cause for terrorism is not going to be helpful.”

Some 60 percent of Malaysia’s population is Muslim.

Indonesia has also expressed concern over the embassy review and suggested it might upset plans for a free trade agreement with Australia, though Morrison has said the issues were not conflated during recent talks he had with Indonesian President Joko Widodo.

Indonesia is the world’s biggest Muslim-majority country, where tens of thousands protested against President Donald Trump’s decision in May to move the U.S. Embassy to Jerusalem.

Morrison floated the idea of moving the Australian Embassy and recognizing Jerusalem as Israel‘s capital back in October.

The sudden announcement came just before a key by-election in a seat which happened to have a large Jewish community, and Morrison’s Liberal National government was desperate to win to keep its majority in Parliament.

The seat was lost anyway, leaving the government ruling with the cooperation of independent lawmakers.

Speaking on Friday, Morrison confirmed Mahathir had raised the subject of the embassy but declared that only “Australia determines Australian foreign policy.”

“I think what Josh said today was filling in the history of his [Mahathir’s] record on various issues over time,” Morrison told reporters on a visit to Darwin, where he is due to meet Japanese Prime Minister Shinzo Abe.

“Make no mistake. I will not have our policy dictated by those outside the country,” Morrison added.

Leaders of APEC countries are due to meet in Papua New Guinea this weekend.