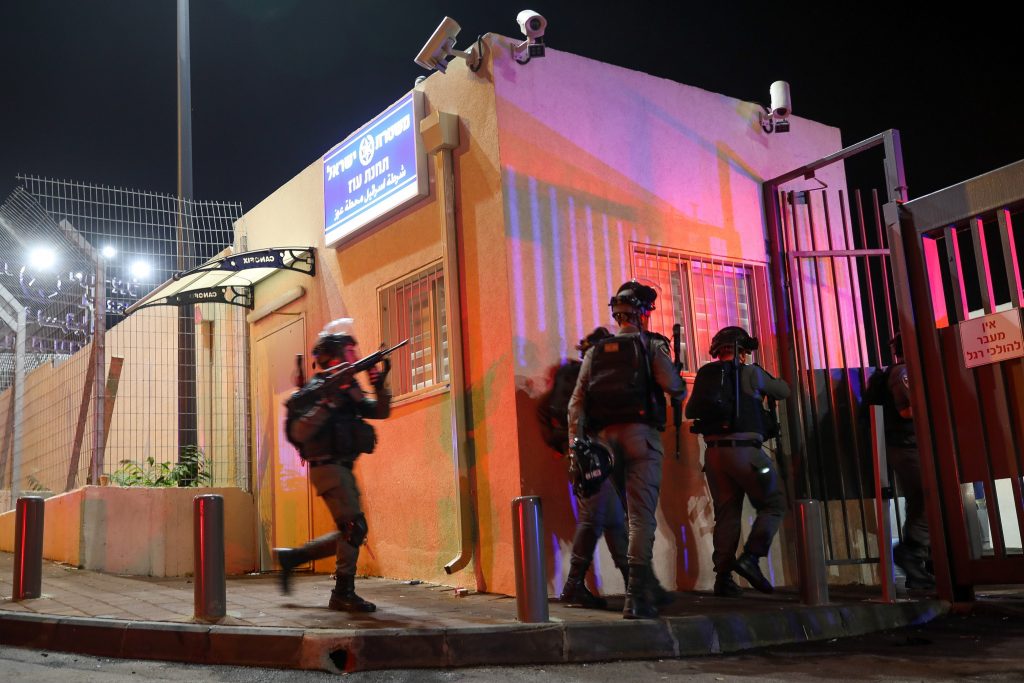 Security officials overnight Wednesday raided the home of the terrorist who injured Border Patrol officers earlier in the evening in the Armon Hanatziv neighborhood of Yerushalayim. Police said that the terrorist, Abd Abu-Jamal of the Sur Bacher neighborhood of the city, climbed over a wall at the Oz Border Police station, and began attacking people with a knife. Four Border Patrol officers sustained light injuries during the arrest.

IDF soldiers overnight Wednesday seized terror funds from Arabs in villages in the Chevron area. The money was part of payments made by Hamas and the Palestinian Authority to the families of terrorists for committing terror acts against Israelis, officials said. Weapons for use in terror attacks were also found in the city.

Overnight Wednesday, security officials said they arrested four security suspects in other areas in Yehudah and Shomron. The suspects were wanted for participating in rioting and throwing stones and firebombs at Israeli civilians and IDF soldiers. Several of the suspects were also charged with belonging to Hamas. All were being questioned on their activities by security forces.