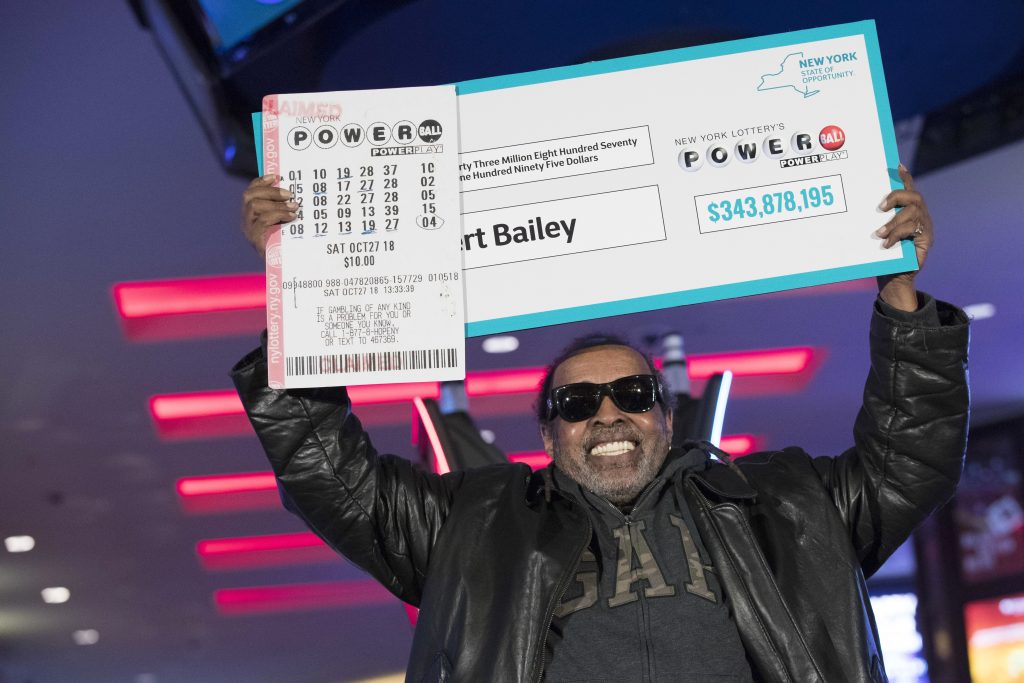 Robert Bailey has been playing the same six lottery numbers for 25 years and plans to keep on doing it — even though his digits finally hit for a $343.8 million Powerball win, the largest in New York Lottery history.

Bailey, 67, was introduced by lottery officials Wednesday as the record-breaking winner at the Resorts World Casino in Queens.

Bailey bought his winning ticket at a deli in Harlem. He usually buys tickets at a few different stores, but on this particular day, it was raining and he was visiting a friend, so he ducked into the deli and grabbed a Powerball ticket.

Bailey, a retired federal government employee, said he got the lucky numbers from a family member years earlier. The most he had ever won using them previously was $30,000 from a lucky Take Five lottery ticket.

“I will continue playing my numbers until this train runs out,” Bailey said. “I’m going to ride this out; I can’t stop now.”

Bailey didn’t come forward to claim his prize until after he met with a lawyer and financial adviser. He took a lump-sum payment worth $198 million, less after taxes.

New York requires lottery winners to identify themselves and participate in a news conference. Bailey, who wore dark sunglasses for the announcement, said he wished he could have kept his win quiet.

“It’s a good life changer,” said Bailey. “I plan to do the right thing with the money.”

He wants to buy some land and a house for his mother and set up some good investments to take care of the next generation of his family. He’d also like to travel, hitting Las Vegas and parts of the Caribbean.

“I plan to give back to Manhattan; that’s where I’m from,” Bailey said. “I still want to be me. I can’t let money change me. I’m going to keep doing the right thing.”

This is the second consecutive Powerball jackpot won in New York this year. The most recent win came in September when a Staten Island man won the $245.6 million jackpot.

The chance of winning the Powerball jackpot is 1 in 292.2 million.