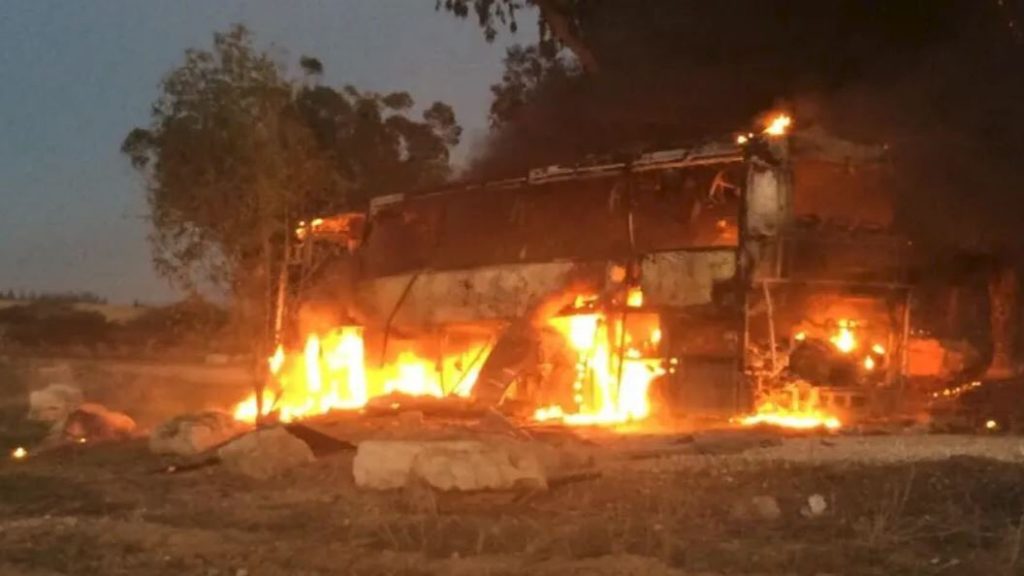 The count of rockets fired into southern Israel by Hamas terrorists on Monday has risen to over 200, of which 60 were intercepted by the Iron Dome, the IDF Spokesperson’s Unit stated on Monday evening.

The Spokesperson’s Office of the IDF said that more than 20 Hamas and Islamic Jihad targets in Gaza were hit by Israeli warplanes, combat helicopters and tanks, and that the operation is ongoing as of Monday evening.

Among the 10 targets hit in northern Gaza were military compounds and observation posts belonging to the two terrorist organizations. Another 10 targets were attacked in southern Gaza, and a cell for the launching of high-trajectory missiles.

A 19-year-old Israeli was transferred to Soroka University Medical Center in Beersheva in critical condition after he was hit by a Gaza rocket while standing near a bus near the Gaza Border.

A number of mortar shells struck a kibbutz in the Shaar Hanegev region of southern Israel, causing damage but no injuries, according to local officials on Monday evening.

For security reasons, the name of the community cannot be published, lest it help terrorists adjust their aim for follow-up attacks.

Firefighters are currently working to extinguish the blaze that ensued after the building was hit.

A 16-year-old girl was lightly injured in Ashkelon when a metal bomb shelter door closed on her hand. She was taken to the city’s Barzilai Hospital for treatment.

Air raid sirens sounded in Ashkelon, Sderot, Shaar HaNegev and Eshkol Councils, and other communities in the south.

A rocket landed in Kibbutz Mefalsim near Gaza border. B’chasdei Shamayim, no injuries were reported.

Earlier in the day, four Israelis were reported injured in a barrage in the Eshkol Regional Council, including one man who was seriously wounded when a mortar shell struck a bus, medics said.

The missile strike occurred in an agricultural area. It is not clear if there was anyone on the bus, Kan News reported.

Another rocket from Gaza hit a home in the southern city of Netivot, Hadashot News reported. Nobody was injured in the incident.

In another incident in Sderot, three people were lightly injured from a rocket strike. According to Magen David Adom, the three appear to have been hit by pieces of glass when the projectile exploded near them.

Jason Greenblatt, U.S. President Donald Trump’s chief envoy to the Middle East peace process, wrote on twitter: “Terrorists in Gaza are again attacking Israel with tools of war. These rocket and mortar attacks on Israeli towns must be condemned by all. Israel is forced once again into military action to defend its citizens. We stand with Israel as it defends itself against these attacks.”