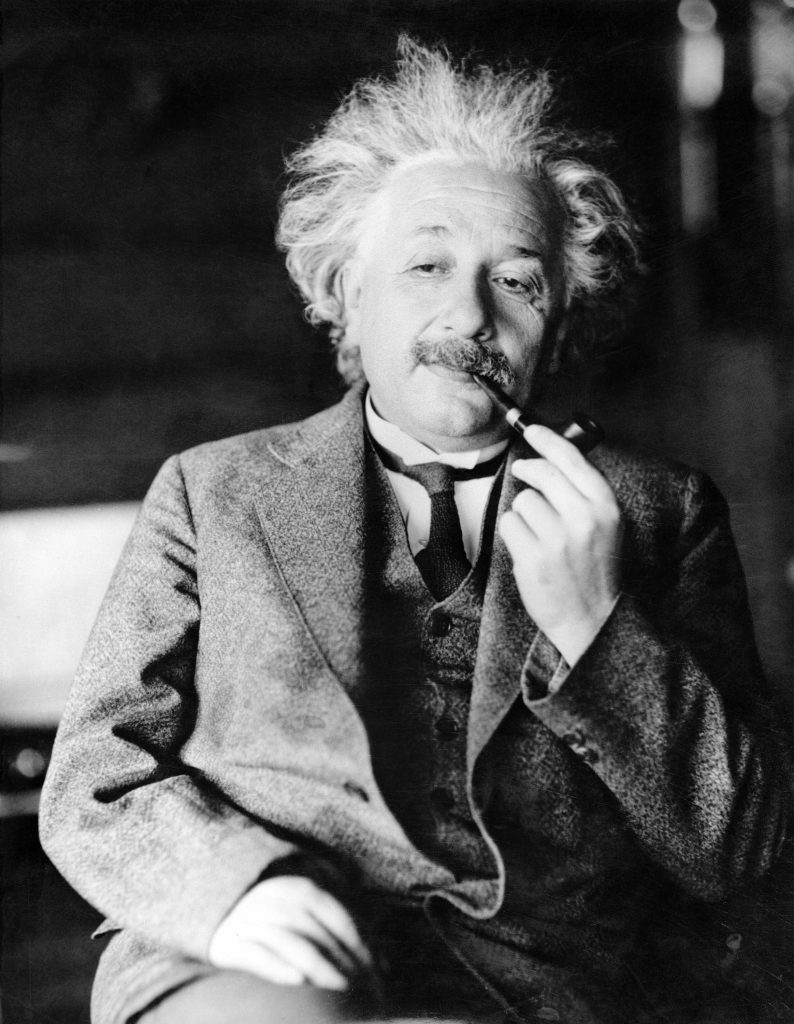 More than a decade before the Nazis seized power in Germany, Albert Einstein was on the run and already fearful for his country’s future, according to a newly revealed handwritten letter.

His longtime friend and fellow Jew, German Foreign Minister Walther Rathenau, had just been assassinated by right-wing extremists and police had warned the noted physicist that his life could be in danger too.

So Einstein fled Berlin and went into hiding in northern Germany. It was during this hiatus that he penned a handwritten letter to his beloved younger sister, Maja, warning of the dangers of growing nationalism and anti-Semitism years before the Nazis ultimately rose to power, forcing Einstein to flee his native Germany for good.

“Out here, nobody knows where I am, and I’m believed to be away on a trip,” he wrote in August 1922. “Here are brewing economically and politically dark times, so I’m happy to be able to get away from everything.”

The previously unknown letter, brought forward by an anonymous collector, is set to go on auction next week in Jerusalem with an opening asking price of $12,000.

As the most influential scientist of the 20th century, Einstein’s life and writings have been thoroughly researched. The Hebrew University in Jerusalem, of which Einstein was a founder, houses the world’s largest collection of Einstein material. Together with the California Institute of Technology, it runs the Einstein Papers Project. Individual auctions of his personal letters have brought in substantial sums in recent years.

The 1922 letter shows he was concerned about Germany’s future a full year before the Nazis even attempted their first coup — the failed Munich Beer Hall Putsch to seize power in Bavaria.

“This letter reveals to us the thoughts that were running through Einstein’s mind and heart at a very preliminary stage of Nazi terror,” said Meron Eren, co-owner of the Kedem Auction House in Jerusalem, which obtained the letter and offered The Associated Press a glimpse before the public sale. “The relationship between Albert and Maja was very special and close, which adds another dimension to Einstein the man and greater authenticity to his writings.”

The letter, which bears no return address, is presumed to have been written while he was staying in the port city of Kiel before embarking on a lengthy speaking tour across Asia.

“I’m doing pretty well, despite all the anti-Semites among the German colleagues. I’m very reclusive here, without noise and without unpleasant feelings, and am earning my money mainly independent of the state, so that I’m really a free man,” he wrote. “You see, I am about to become some kind of itinerant preacher. That is, firstly, pleasant and, secondly, necessary.”

Addressing his sister’s concerns, Einstein writes: “Don’t worry about me, I myself don’t worry either, even if it’s not quite kosher, people are very upset. In Italy, it seems to be at least as bad.”

Later in 1922, Einstein was awarded the Nobel Prize in physics.

Ze’ev Rosenkranz, the assistant director of the Einstein Papers Project at Caltech, said the letter wasn’t the first time Einstein warned about German anti-Semitism, but it captured his state of mind at this important junction after Rathenau’s killing and the “internal exile” he imposed on himself shortly after it.

“Einstein’s initial reaction was one of panic and a desire to leave Germany for good. Within a week, he had changed his mind,” he said. “The letter reveals a mindset rather typical of Einstein in which he claims to be impervious to external pressures. One reason may be to assuage his sister’s concerns. Another is that he didn’t like to admit that he was stressed about external factors.”

When the Nazis came to power and began enacting legislation against Jews, they also aimed to purge Jewish scientists. The Nazis dismissed Einstein’s groundbreaking work, including his Law of Relativity, as “Jewish Physics.”

Einstein renounced his German citizenship in 1933 after Hitler became chancellor. The physicist settled in the United States, where he would remain until his death in 1955.

Einstein declined an invitation to serve as the first president of the newly established state of Israel but left behind his literary estate and personal papers to the Hebrew University.