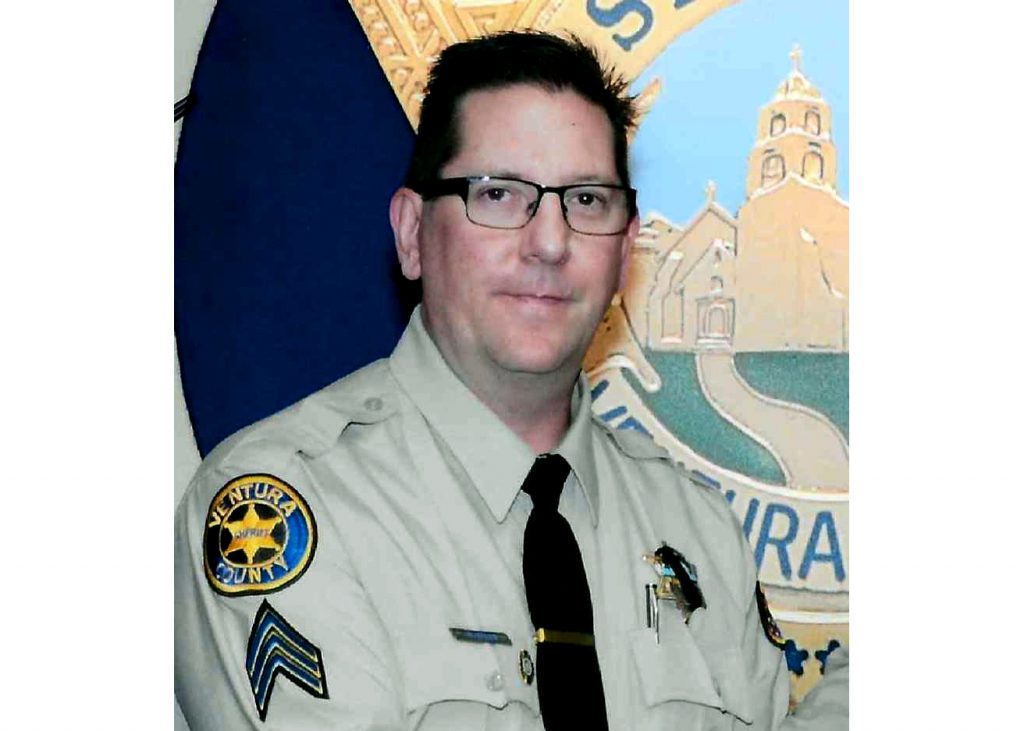 One was a veteran police officer who didn’t hesitate to run toward danger. Another was a young man who eagerly awaited the birth of his first sister and aimed to join the military. Others were a newly minted college graduate who worked with kids with developmental disabilities and a student with plans to study law.

They were among a dozen people killed in a shooting at a country music bar in Southern California. Authorities believe the gunman, Ian David Long, ultimately killed himself.

The victims’ stories began to emerge Thursday as officials were still reaching out to their families. It was going to be a “very difficult day for many people,” said Andrew Fox, mayor of Thousand Oaks, California, where the attack happened Wednesday night.

Ventura County sheriff’s Sgt. Ron Helus was talking to his wife when calls started coming in about a shooting at the Borderline Bar & Grill.

“Hey, I got to go handle a call. … I’ll talk to you later,” he told her, according to Sheriff Geoff Dean.

It was the last time she would talk to her husband.

Helus rushed toward the shooting and immediately exchanged fire with the shooter inside the bar, Dean said. Helus was hit multiple times and died at a hospital.

Sgt. Eric Buschow, who said Helus was a friend, described him as a “cop’s cop.”

“The fact that he was the first in the door doesn’t surprise me at all,” he said. “He’s just one of those guys that wouldn’t hesitate in a situation.”

Helus took up fly fishing a few years ago and loved pursuing the hobby in the Sierra Nevada mountains with his grown son, Buschow said.

“He was just a great guy, a gentle soul,” Buschow said. “Patient. Calm no matter what. When you call 911, he’s one of the guys you want showing up.”

Helus was on the SWAT team for much of his career and worked in narcotics and investigations, he said.

“If you were a victim of a crime, you want him investigating the case,” Buschow said. “He would go to the ends of the Earth to find a suspect.”

Thousands of people lined streets and many others pulled over to honor the fallen officer during a somber 25-mile (40-kilometer) procession that took Helus’ body from a hospital to a coroner’s office.

Dean choked back tears talking about Helus and called him a hero.

“He went in there to save people and paid the ultimate price,” he said.

CODY COFFMAN: ‘THE BIG BROTHER THAT MY KIDS NEED’

Cody Coffman, who had just turned 22, was talking with Army recruiters and preparing to fulfill his dream of serving his country, said his father, Jason Coffman, who wept as he told a group of reporters that his first-born son was among the victims.

Cody adored his siblings — three brothers between ages 6 and 9 — and he couldn’t wait for the birth of a sister, due on Nov. 29, said Jason Coffman of Camarillo.

“Cody was the big brother that my kids need,” he said. “He was so excited to have his first sister and now she’ll never know …”

He said his son was passionate about baseball, serving as an umpire for a little league, and they went fishing together.

“That poor boy would come with me whether he liked it or not,” he said. “That’s the kind of stuff I am truly going to miss.”

Jason Coffman said he last spoke to his son Wednesday night before Cody headed to the bar where the gunman opened fire.

Newly graduated from California Lutheran University, Justin Meek cared for children with special needs, performed as a singer and worked at the Borderline bar.

It was there he “heroically saved lives” in the attack before being killed, Cal Lutheran President Chris Kimball said in a statement. He didn’t provide details.

The campus chapel overflowed Thursday with people attending a service of mourning. Meek, 23, majored in criminal justice and graduated in May, school spokeswoman Karin Grennan said.

“Parents just adored him. He was able to bond with their kids,” she said. “He was just an all-around guy.”

Danielle Gallo, who also works at the family-run organization, said he was dedicated to the kids he worked with.

“You could tell he really had a heart for what he did,” she said, sobbing.

Meek also toured professionally as an a cappella singer, said family friend Patrick Ellis, who called Meek a talented musician, singer and athlete and a “fantastic human being.”

“He was a hero every day of his life,” Ellis said. “It was just always positive energy. … Anything he could do for you, he was just there.”

Meek worked at the bar with his sister and fellow Cal Lutheran student, Victoria Rose Meek, who survived, Ellis said.

As a student, Meek lent his full, velvety voice to the choir, where “every time he sang, you could just feel it in your soul,” recalled choir member Rachel Counihan, 20.

Scott Roberts, 20, a junior at the school and friend of Victoria Rose Meek’s, had warm memories of her brother.

“He was just the nicest dude,” Roberts said. “I’m just praying he’s in a better place.”

Alaina Housley was just 18, a promising student at Pepperdine University with plans to study law, her family said.

Adam Housley, a former Fox News correspondent, and Tamera Mowry-Housley, said their niece was killed at the bar where she had gone to with friends.

“Alaina was an incredible young woman with so much life ahead of her, and we are devastated that her life was cut short in this manner,” the couple said in a statement.

Alaina was bright, popular and well-loved, a student who had a 4.5 grade-point average since junior high school and earned college scholarships, said her grandfather, Art Housley.

She played soccer and tennis all through high school, studied piano and violin, and sang, he said.

“She’s a really good kid,” he said, fighting tears, before her relatives learned their fears of her death were true. “Everybody loves her.”