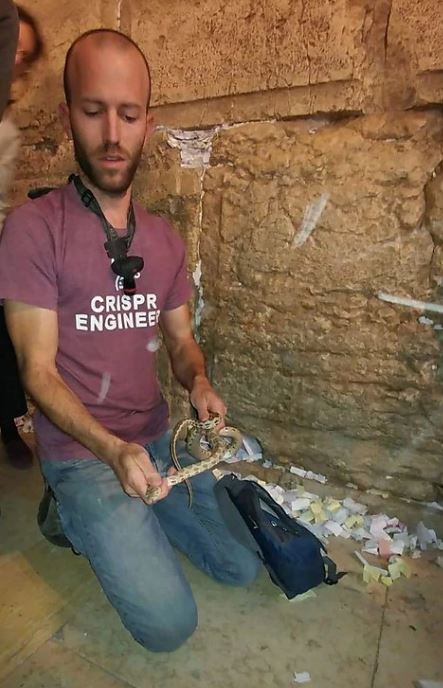 Seemingly, the snake chose the location in the Ezras Nashim, high among the stones (on the upper third of the Kosel) for practical reasons: in search of abundant food in the area: pigeons and pigeon eggs.

Most reptiles prepare for the last meal ahead of the winter, and are therefore more active now than in the hot summer months, even during the day, during which they search for food or water sources.

The snake was spotted by those present, who said that the snake looked through the cracks in his search, and every time he saw a pigeon he went out of the crevice. The mispallelos who looked up noticed this, and called the security members of the Western Wall Heritage Foundation. They called a skilled snake hunter, Golan Sharir, who captured the snake successfully.

Tefillos continued after the snake was removed, at the makom kadosh where tefillos are held all day, every day.