An Open Letter to the Governor 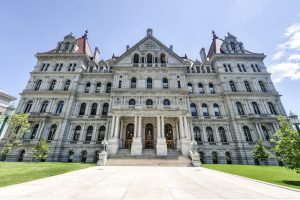 The letter below was sent to the Governor, inviting him to be interviewed for Hamodia newspaper in advance of the upcoming elections. We are disappointed that the Governor did not respond to this invitation. Our readers deserve the opportunity to hear from their governor firsthand, just as they hear from other political officials and candidates.

A Man, a Bridge, and an Invitation

Governor Cuomo, you had commented that your father probably wouldn’t be happy about having a bridge named for him….

The late Governor Mario Cuomo knew very well about bridges and problems. Accused by an interviewer of having an arrogant desire to leave monuments to himself, Mario Cuomo countered:

“If I had wanted to be the guy with the edifice complex … I could have talked only about the state university building I’ve rebuilt and the roads and bridges I’ve rebuilt.”

The monument Mario Cuomo chose was to be a bridge. He bridged politicians and communities. He prided himself on being a conciliator and a unifier. His first major public role came in 1972 when then- NYC Mayor John Lindsay appointed him to mediate between the black and Jewish communities in a housing dispute in Forest Hills.

While Mario Cuomo could be contentious, he was introspective enough to question himself. After walloping Republican opponent Lewis E. Lehrman in a debate, Cuomo regretted his own harshness. He told a New York Times reporter, that Lehrman is “a nice fellow … I don’t think he means anybody any harm.”

He was a man capable of writing in his diary, “What does G-d want of me?”

While known as a liberal, he often confounded the base by taking unpopular positions. As Rabbi Chaim Dovid Zwiebel wrote in Hamodia, Mario Cuomo stuck “his neck out to help needy Jewish populations even when he knew he would be attacked for doing so.”

Mario Cuomo didn’t just rail against anti-Semitism. He often bucked the system — and even his own supporters — to do what he thought was right.

In 1984, Mario Cuomo delivered the keynote address at the Democratic national convention. His eloquence and passion so roused the crowd that, had he not ducked out of the room, they would have nominated him against his will.

No one will ever really know why Mario Cuomo didn’t run for president in 1984. Perhaps he explained it. His mother asked him about Ronald Reagan:

Mario Cuomo commented, “I’m not running against someone who G-d loves!”

Most of all, he was a man of compassion and ideas. More of a philosopher king than a military strategist and tactician.

As Rabbi Zwiebel put it, “Mario Cuomo was more than just a politician. He was a human being. A human being who cared. He is missed.”

One of the things about Mario Cuomo that is missed is a rare commodity in politics: a refreshing candor.

Days after a failed reelection bid in 1994, Governor Mario Cuomo agreed to a radio interview, where he analyzed his personal state of the state. Rather than dodge the issues, he waxed philosophical: “What would I call myself? A progressive pragmatist. What does that mean? That means I want to learn, I want to grow the way the whole universe is growing, upward toward the light. And I want it to make sense, practical common sense. That’s pragmatism, progressivism, that’s intelligence and practicality, that’s compassion and common sense.”

In that spirit of growth, we extend an invitation to Governor Andrew Cuomo to an open discussion of his own goals — for himself, for the Jewish community, and for the community at large.

We also want to learn.