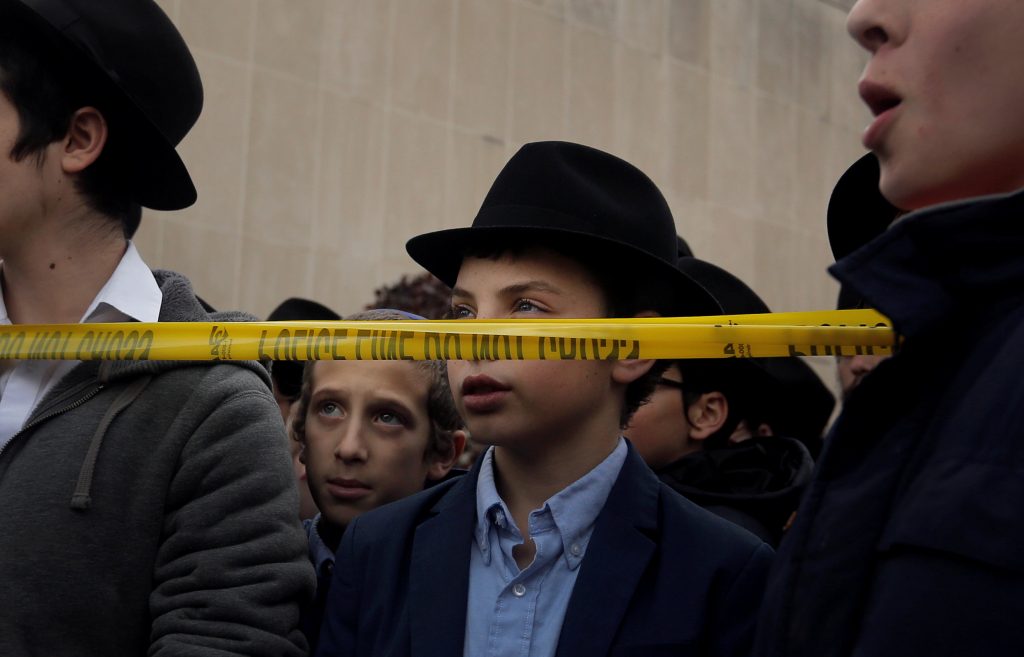 When a tragedy of the magnitude of what occurred this past Shabbos in Pittsburgh strikes Klal Yisrael, the common response is to mourn the senseless loss of human life and to extend our feelings of sorrow to the families in their time of grief. These reactions are natural and are undeniably part of what must be our emotional response to such a horrid incident. Such a time in particular accentuates the common bond of Klal Yisrael, as each of us feels personally affected by such an event.

Another unavoidable reality is the unpleasant reminder of the threat of violent anti-Semitism that remains ever-present in the world, even in Squirrel Hill, Pittsburgh, and potentially in cities and towns around America. While a murderous rampage might be the act of one deranged individual, the fear that such people might be the de facto representatives of many more balanced people, who nevertheless share his philosophy to some degree or another, is a most unnerving thought.

Anti-Semitism is deeply embedded in civilization. Besides the religious and political roots that nurtured hatred of Jewish people over millennia, it has also been the desire of many people to blame their own faults on an entity that traditionally served as the convenient scapegoat for all societal ills.

Yet, for a Jew who believes that Hashem runs the world through hashgachah pratis, Divine Providence, the question of the day must remain: What is He asking of us in light of this terrible tragedy?

In the summer of 2003, a suicide bomb attack, one of many that year, claimed the lives of 24 people and wounded 130 others at a bus stop on Rechov Shmuel HaNavi in Yerushalayim. One of the victims was a young boy, a nephew of mine, Binyomin, Hy”d, who was barely fifteen years of age at the time. At the moment the bomb exploded, he was not even one of the many people on the crowded bus; he was merely passing by when he was struck by a piece of shrapnel and killed.

His unfortunate petirah was what most of us would be tempted to call “being in the wrong place at the wrong time.” Yet, that was certainly not the attitude that his father, my brother-in-law, took. His hesped is well remembered by those who heard it and was often repeated afterwards. He did not speak of the murderer or of what was then a raging intifada, but rather, accepted the bitter decree from Shamayim. He spoke of the terrible middas hadin faced by Klal Yisrael and of the obvious call to sincere introspection, identifying the spiritual reason for such a tragedy.

The underlying premise of his words was that there is no such thing as “being in the wrong place at the wrong time.” No event, great or small, is a coincidence, but rather it is the expression of the Divine Will. To him, if his son was chosen to die al kiddush Shem Shamayim, it was a consolation of sorts, to know that he would merit a place in the next world which no mortal can begin to fathom.

But while this grieving father spoke with such a clear sense of faith, in no way did he attempt to hide the human tragedy he had suffered. Upon returning from the levayah, he wandered around his apartment crying, “Binyominke, where are you?” The two feelings did not negate each other, but coexisted as two very real sides of the same coin. Personal pain does not proceed or contradict the ability to hear the spiritual message.

The essence of teshuvah is not repentance on a particular misdeed. Obviously, if someone committed an act contrary to the Torah, he must do all he can to correct both his deed and the behavior and attitudes that brought him to it. Yet, in its essence, teshuvah means exactly what its literal translation implies — to return. Evil, by its very nature, defines itself by distancing and detachment from all things close to Hashem, and in particular, the denial of hashgachah pratis.

It is our fundamental belief that Hashem does not want evil to prevail. If atrocities occur, and the hester panim gives an impression that Hashem hides from us, it is our challenge to respond by reaffirming our faith, despite the inherent challenge. That is, to accept that it was neither a coincidence nor the choice of a hate-filled individual that allowed such a tragedy to happen, but rather to recognize that it is merely an expression of a prevailing hester panim. It is this that has created the backdrop for this tragedy, and it is this that challenges us to respond.

The events of history are guided solely by Hakadosh Baruch Hu. Yet, if we succeed in this test and remain loyal to our faith through the darkest of times, we can evoke Divine mercy and change the operating principle from the middas hadin to the middas harachamim.

Klal Yisrael confronts tragedy with both simple faith and with open eyes, acknowledging our pain and at the same time affirming our belief in hashgachah pratis. This approach has allowed Jews to go through a long history of suffering without ever losing hope. May Hashem give comfort to those in mourning and to all of Klal Yisrael.