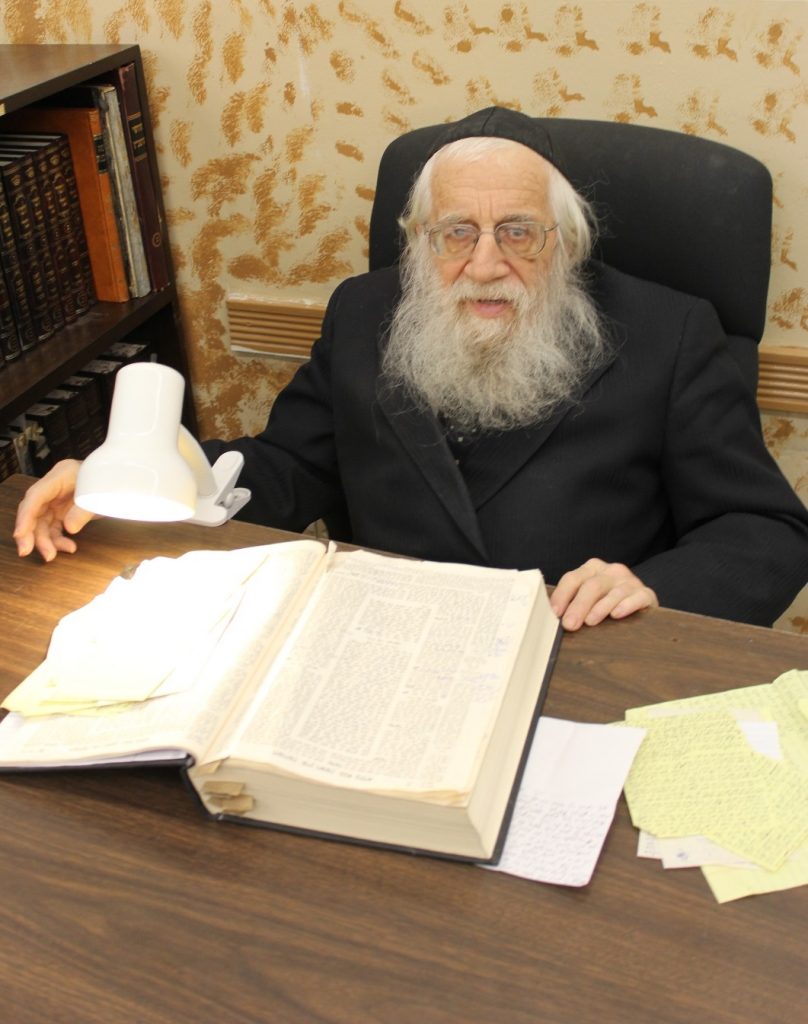 The hand trembles and the heart weeps as I write about the beloved Rosh Yeshivah, a vibrant and powerful presence in the lives of those who knew him, in the past tense.

Harav Chaim Boruch Wolpin, zt”l, who was niftar Thursday afternoon at the age of 88, after a lifetime of Torah and avodas Hashem, was a paradigm of hasmadah and warmth for hundreds of talmidim during his four decades at the helm of Yeshivah Karlin Stolin in Boro Park. Within five seconds of the last amen ending Minchah, his hat was off and his eyes were already scanning his well-worn Gemara.

“My father was a role model of growing up in America, growing up in Seattle, growing up in a situation where everybody in his generation chose different paths,” a son told Hamodia. “People told my grandparents, ‘you’re destroying him, he should go to college, have a career.’ Learning in kollel was considered a very horrible thing to do, not to have a career. He was from the first.”

A prime talmid of Harav Reuven Grozovsky, zt”l, the Rosh Yeshivah had a leading role in disseminating his Rebbi’s chiddushim through the copious notes he took and phenomenal memory. The names of his venerated Rebbeim — “Mori v’rabi Reb Reuven, zt”l,” and “Mori v’rabi Reb Shraga Feivel, zt”l” — punctuated nearly every shiur and drashah that he gave.

The levayah will take place at 11 o’clock Friday morning at Yeshivah Karlin Stolin, 5401-18th Ave. The aron will be flown to Eretz Yisrael on Motzoei Shabbos for kevurah.

Born in Seattle, Washington, in 1930, the Rosh Yeshivah was one of four sons of Reb Efraim Benzion and Kaila Wolpin, who were immigrants from the Stolin area of Belarus. All four were sent to New York as teenagers to learn in Yeshiva Torah Vodaath, a rarity at the time for an out-of-town bachur.

During his time spent in what Harav Dovid Schustal nostalgically refers to as the “Gan Eden on this world” of the Beis Medrash Elyon community, the Rosh Yeshivah had little material possessions but was rich in Torah. His day began at 5:30 and ended at 1:00 — both in the a.m. hours. 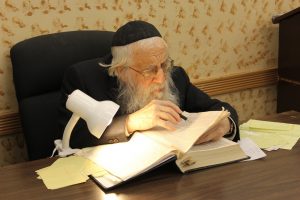 If there was a characteristic that defined the Rosh Yeshivah it was his absolute hasmadah. A son says that until recent months when he was unwell, he could not recall a time when his father was not busy doing something. He would eat supper and right away stand up to go learn.

The Rosh Yeshivah wed his Rebbetzin, Hinda Devora, a daughter of Reb Yisroel Mendel Glassman of Williamsburg, and began married life as one of the first kollel yungeleit in the Western Hemisphere. He absorbed the derech of his Rebbi, Rav Reuven, and spent the next 60 years passing it on from his reams of trademark yellow papers.

His first position in chinuch came in the early 1960s, when he became one of the founding Maggidei Shiur in Beis Shraga, a yeshivah established by Harav Shmuel Mendlowitz, zt”l, in memory of his father. He taught there for several years before moving to Yonkers for two years and finally arriving in Boro Park in 1972, where he taught in Yeshivah Be’er Shmuel.

In 1978, Rav Chaim Boruch was appointed as the Rosh Yeshivah of Yeshivah Karlin Stolin, the first chassidishe yeshivah in Boro Park and a storied institution in which he took great pride in leading.

My first memories of the Rosh Yeshivah was in the early 1980s, when he took my siblings and me on several trips to the reservoir in the Catskills. It was during the summer and my parents had to be out of camp for a week, and the Rosh Yeshivah promised to keep an eye out on us.

Indelible in my memory is the way he would throw stones into the water, choosing small round ones so they would “bounce” atop the lake. Large boulders would be spun in the air before crashing down near where we were sitting. It took me years to understand that the nice man who suffered from a limp because of a bout with polio was actually the Rosh Yeshivah.

Over a 40-year period as Rosh Yeshivah, he was mesader kiddushin at hundreds of chasunos. He had a set ritual that he did by each chuppah, which was followed by a kiss to the chassan and a reminder that “until now was Yom Kippur, now is Simchas Torah!”

He had a bulging notebook in which he wrote down the names of all chassanim and kallos for whom he was mesader kiddushin, and would daven that the marriage should be successful and they should build ehrliche Yiddishe homes. Several talmidim noted on Thursday that nearly every one of the chasunos where he presided are all still married and have children.

Above all, the Rosh Yeshivah emanated love and caring for his talmidim. He had a paper next to his siddur in which all their names were written and he would daven for their hatzlachah. 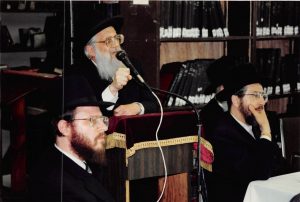 The Rosh Yeshivah was an engaging speaker — even decades later talmidim were able to remember his shalosh seudos Torah and Chumash shiurim — and he had a way with one-line zingers. He would come up with an acronym for each year — 5753, I recall, was “try, shvitz, never give up.”

The Rosh Yeshivah was known for never coming later to a Shacharis or seder. He continued his seder hayom well into his 80s, until the onset of illness forced him to cut back. A lifetime of Torah was cut short on Thursday, several weeks after complications set in.