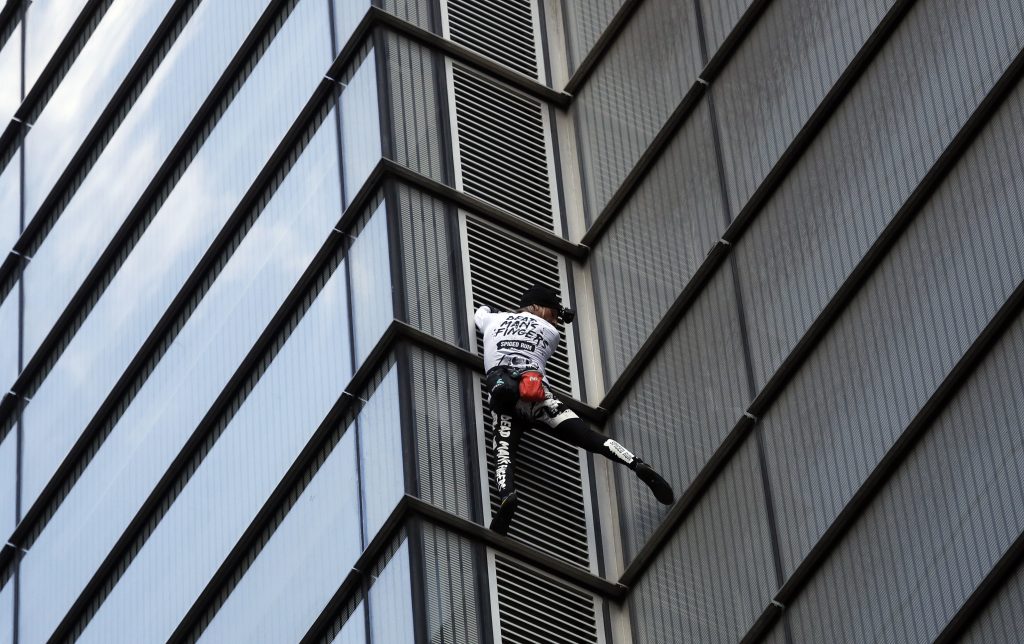 French urban climber Alain Robert has been arrested after scaling one of London’s tallest buildings.

Robert climbed the 662-foot Heron Tower without ropes or safety gear on Thursday as police cordoned off the building, closed roads and ushered spectators away.

Robert, known as “the French Spiderman,” has climbed many of the world’s tallest structures, almost always without ropes or harnesses and often without permission.

Before Thursday’s climb, he told reporters “I fully feel alive when my life is at stake. It may sound a bit scary and crazy, but this is the way it is.”