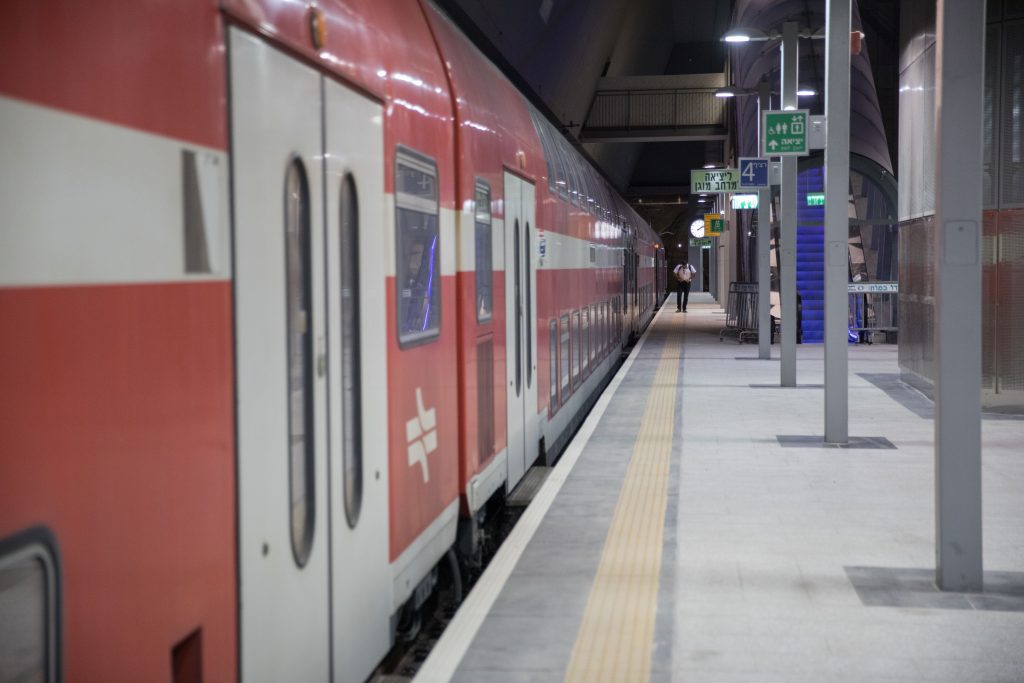 The miserable performance of the new high-speed train from Yerushalayim to Ben Gurion Airport will be the subject of an emergency debate in the Knesset Economic Affairs Committee.

Three consecutive days of malfunctions and delays this week, including one in which 150 passengers were stuck for hours in a tunnel, prompted committee chairman Zionist Camp MK Eitan Cabel to call a special session for Wednesday morning.

Critics have accused the Israeli Prime Minister Binyamin Netanyahu and Transportation Minister Yisrael Katz of rushing ahead with the opening of the route before it was ready with political advantages in mind.

“With each passing day we come realize that the train to Yerushalayim is nothing more than an electioneering farce. Netanyahu and Katz chose a PR photo-op on the escalator at the expense of travelers and their safety. This project is one of the greatest failures of recent years,” Cabel charged.

“The professionals will have to give answers,” Cabel said.

“When you work under time pressure and according to tenders in which quality is not the determining factor, this is the end result,” a senior manager on the rapid rail link told Globes.

“If it turns out that the fault is systemic, the line could be out of operation for a long time. If it is only an isolated breakdown, it could be fixed within the next few hours.”

Besides the service failures on the new route, the shifting of carriages and engines to operate on it has led to cutbacks in service elsewhere, especially on the coastal plain route between Tel Aviv and Haifa. The resultant overcrowding sparked numerous complaints from passengers.