Investors Are Now the Most Bearish on Global Economy Since Crash 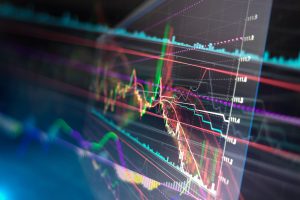 Pessimism on the global economy is piling up amid rising trade tensions and expectations the U.S. central bank will carry on tightening despite the tumult in equity markets.

Fund managers surveyed by Bank of America Merrill Lynch this month are hoarding cash as they become the most bearish on global activity in a decade, fretting over an end to the long expansion. A record 85 percent of fund managers say the global economy is in late cycle, 11 percentage points ahead of the prior high recorded in December 2007.

The net share of investors who think growth will decelerate over the next 12 months reached 38 percent — that’s the dimmest outlook since November 2008. Global profits are also expected to deteriorate.

Long positions in the FAANG quintet of Facebook, Amazon, Apple, Netflix, and Alphabet (the parent of Google) and its Chinese equivalent, the BAT trio of Baidu, Alibaba, and Tencent, were judged to be the most crowded trade for the ninth consecutive month. The survey took place from October 5 to 11, a period during which U.S. stocks tumbled more than 5 percent as some of the aforementioned high-flying momentum stocks that were hedge fund hotels suffered acutely.

Respondents indicated they had bought energy and materials stocks while divesting growth and cyclical names in October, with the overweight position in technology stocks sliding 6 percentage points. Cash levels held steady at an elevated rate of 5.1 percent.

This time, the Federal Reserve isn’t here to soothe investors. On the contrary, the share of fund managers who said quantitative tightening was the biggest tail risk to markets more than doubled to 31 percent, although the trade war remained the chief source of worry.

Fed tightening is “causing U.S. hopes to wane,” wrote Hartnett, who advises investors to sell any fourth-quarter rallies in stocks. And the vast majority of those surveyed by Bank of America believe the S&P 500 Index would have to fall to at least 2,500 before the U.S. central bank would hold off on rate hikes. That means the strike price on any so-called Powell put would require a further 9 percent downdraft.

A sweep in which the Democrats win both the House and Senate in the November midterm elections is seen as negative for the S&P 500 by 59 percent of those surveyed.

As such, investors have thrown in the towel on the “America first” trade in equities after going all-in on divergence last month. Japan has supplanted the U.S. as the most favored region for stock investors, even as companies stateside are expected to post better earnings.