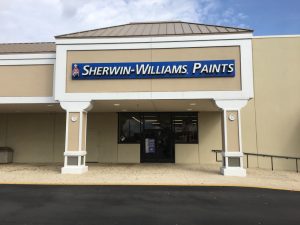 The Supreme Court on Monday turned away a closely watched big-business challenge to a California court ruling that requires former makers of lead paint to pay $400 million or more to clean up old homes.

Business lawyers said they feared the California ruling based on the “public nuisance” doctrine will give a green light to other suits seeking to hold manufacturers liable for damage inflicted on the public, including the opioid crisis and climate change.

The ruling in the lead paint case arose when 10 California local governments, including Los Angeles County, brought a “public nuisance” suit against the companies that once sold lead paint. They argued that lead is a proven toxin that can cause brain damage to children and that companies that once sold this paint should pay now for the cleanup, even though lead paint was legal and commonly used prior to the 1960s.

A trial court in Santa Clara County agreed and ordered the companies to pay $1.1 billion for the cleanup. A state appeals court upheld the ruling but reduced the amount to cover only homes built before 1950.

Lawyers for ConAgra Grocery and Sherwin Williams called the ruling an “extreme outlier” and one that violates due process of law.

But the justices issued a brief order Monday turning down appeals from both companies.