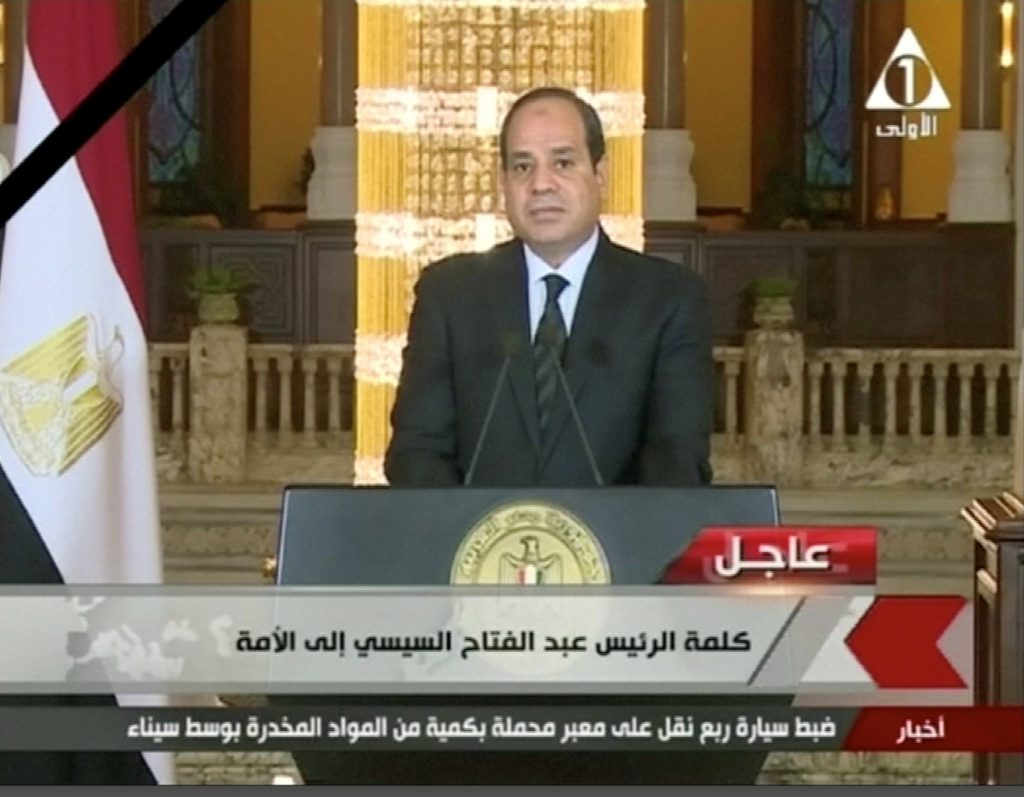 Despite the great differences in capabilities between Israel and Egypt, his country did not hesitate to go to war, Egyptian President Abd al-Fateh a-Sisi said in a speech – and the results of the war were “a miracle” for the good of Egypt. A-Sisi was talking about the Yom Kippur War – known as the “October War” in Egypt – and the speech marked the 45th anniversary of that war.

Israel was vastly superior militarily to Egypt in that war, a-Sisi said. “But this did not intimidate us. It’s like one was driving a Mercedes and the other a Seat,” he said, referring to a low-cost Spanish car. In the war, Israel was the Mercedes, and “obviously the Mercedes is going to win. Who with a Seat would even compete against a Mercedes – unless they were very brave men?”

With that, a-Sisi said, Egypt did very well in the war – and its results were “a miracle. The losses sustained by Israel forced it into a peace treaty,” the Camp David Accords, in which Israel surrendered the Sinai to Egypt. “They had thousands of dead and they were not prepared to go through that again. If the Egyptian army could do that before, it could do it every time. Israel has not absorbed worse losses since the October War.”

The Yom Kippur War was fought between October 6 through October 23, 1973, beginning with a multi-pronged offensive by Egypt in the south and Syria in the north. While Egypt made some advances in the war’s first days, they were reversed by the end of the war, with Egypt’s Third Army surrounded in Sinai, and Israeli troops crossing the Suez Canal, reaching within 60 miles of Cairo. The war was famous for its tank battles, considered the biggest in history. Israel experienced some 2,500 casualties in the war, with some 7,500 wounded, and 293 taken prisoner by Egypt. The estimates for the number of Egyptians killed in the war are as high as 15,000, with over 8,000 taken prisoner by Israel.

Just as during the war, a-Sisi said, Egyptians needed to contribute to their country’s welfare by being patient. “Just as our brave soldiers defended our country, you too must take care of it. You must be patient and help build and develop it. In a country with 100 million residents, that is all we can do.”