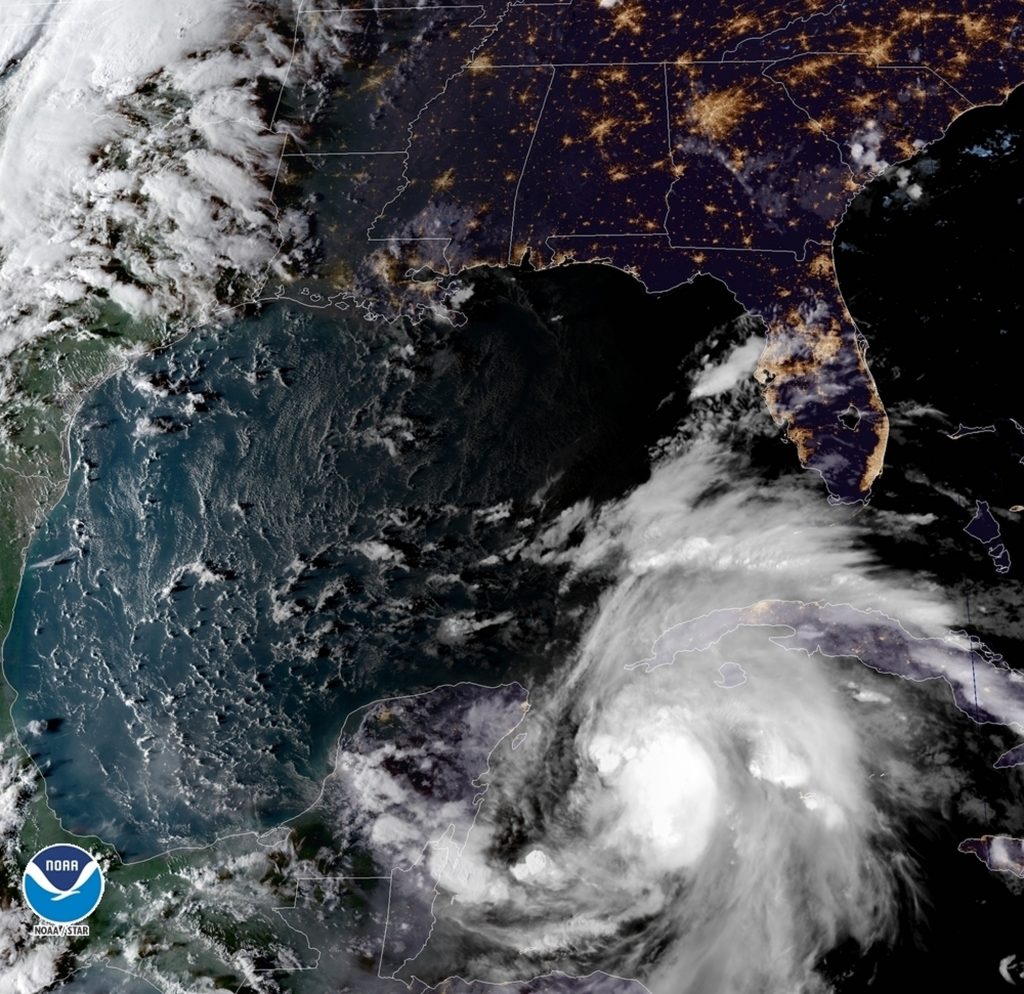 Tropical Storm Michael is on track to hit the Florida Panhandle midweek as a Category 2 hurricane packing 100 miles per hour  (161 kph) or stronger winds, the U.S. National Hurricane Center (NHC) said early Monday in an advisory.

The tropical storm is expected to swell into a Category 1 hurricane as soon as Monday night or early Tuesday as it rolls into the U.S. Gulf of Mexico, with winds of at least 70 mph (112.6 kph), forecasters said.

Florida Gov. Rick Scott declared a state of emergency in more than 20 counties along the Florida Panhandle and Big Bend on Sunday and has put more than 5,000 National Guard soldiers on alert.

“Our state understands how serious tropical weather is and how devastating any hurricane or tropical storm can be,” Scott said in a statement.

Michael battered parts of Mexico and Cuba with powerful winds and drenching rains on Sunday and into early Monday as it churned in the Caribbean.

The storm packed maximum sustained winds of 60 mph (96.5 kph) early Monday, as it moved north on a path between Cozumel in southeastern Mexico and the western tip of Cuba, the Miami-based hurricane center said.

Outer bands from Michael are expected produce as much as 4 inches of rain through Tuesday in the Florida Keys, one of several areas in the state devastated by Hurricane Irma last year.

After hitting Florida, the storm is then forecast to move northeast along the Atlantic Coast and batter the Carolinas, which are still recovering from last month’s Hurricane Florence. That hurricane killed at least 50 people and caused billions of dollars in damage.

The Commodity Weather Group said on Sunday some oil rigs in the Gulf area may be evacuated as a precaution, which may slow down operations but was not likely cause much interruption.

The Gulf of Mexico is home to 17 percent of U.S. crude oil and 5 percent of natural gas output daily, according to the U.S. Energy Information Administration.

More than 45 percent of the nation’s refining capacity is located along the U.S. Gulf Coast, which also is home to 51 percent of total U.S. natural gas processing capability.