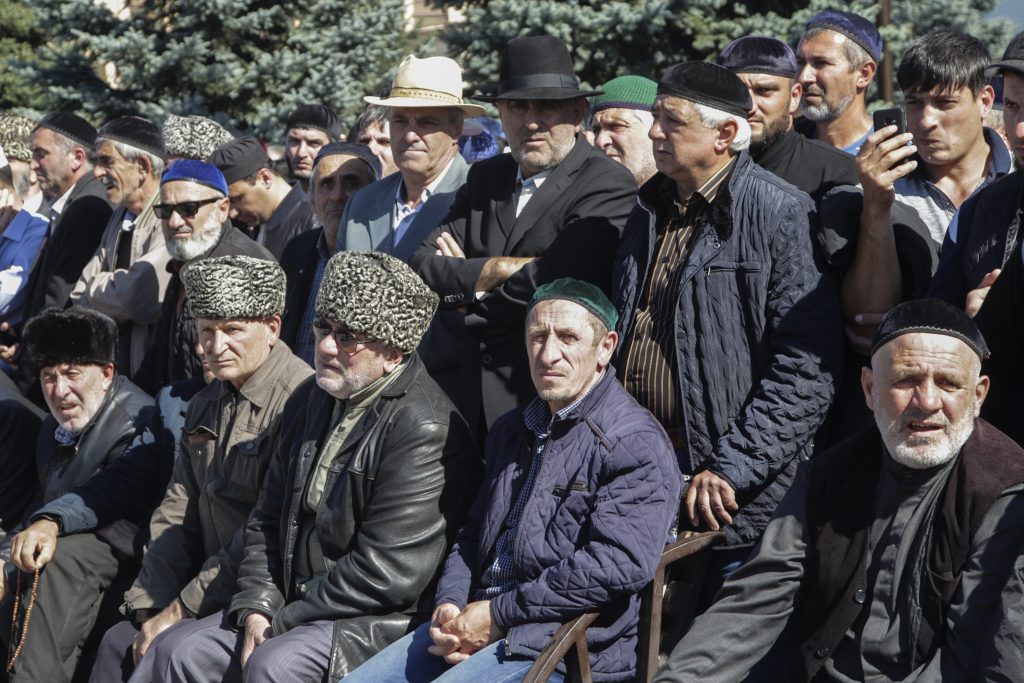 The regional leader in the Russian province of Ingushetia on Monday defended a land swap in the volatile North Caucasus region even as a protest against the deal entered its fifth straight day.

Ingushetia’s leader Yunus-Bek Yevkurov argued that the border deal he signed last month with the neighboring province of Chechnya would help strengthen stability. He warned against using the issue to inflame regional tensions.

Many in Ingushetia see the agreement to exchange plots of agricultural land as hurting the republic’s interests, and speakers at the rally Monday in Ingushetia’s provincial capital of Magas called for Yevkurov’s ouster.

The tensions over the land swap reflect deep-running distrust between the two mostly Muslim Russian regions, which share the same language but have been divided by land and other disputes. Chechnya and Ingushetia formed one republic during Soviet times but split after the 1991 breakup of the Soviet Union.

Chechnya was devastated by two separatist wars in the 1990s and the early 2000s. Ramzan Kadyrov, who has ruled Chechnya since the 2004 assassination of his father, a separatist leader who switched sides to support the Russian government, has stabilized Chechnya, relying on generous federal subsidies and his feared security forces to crush Islamist rebels.

The Kremlin sees Kadyrov as essential for the region’s stability and the ruler of Chechnya has expanded his clout across the entire North Caucasus region.

Some in Russia have criticized the Kremlin for turning the blind eye to the land swap that could trigger dangerous instability.

Russian President Vladimir Putin’s spokesman, Dmitry Peskov, said “the Kremlin is closely following the situation,” but added that it’s up to the two regions to reach an agreement on the issue.

Yevkurov said the lack of agreement on a border between Ingushetia and Chechnya had provoked clashes and tensions in the past, arguing that the land swap deal was necessary to establish order.