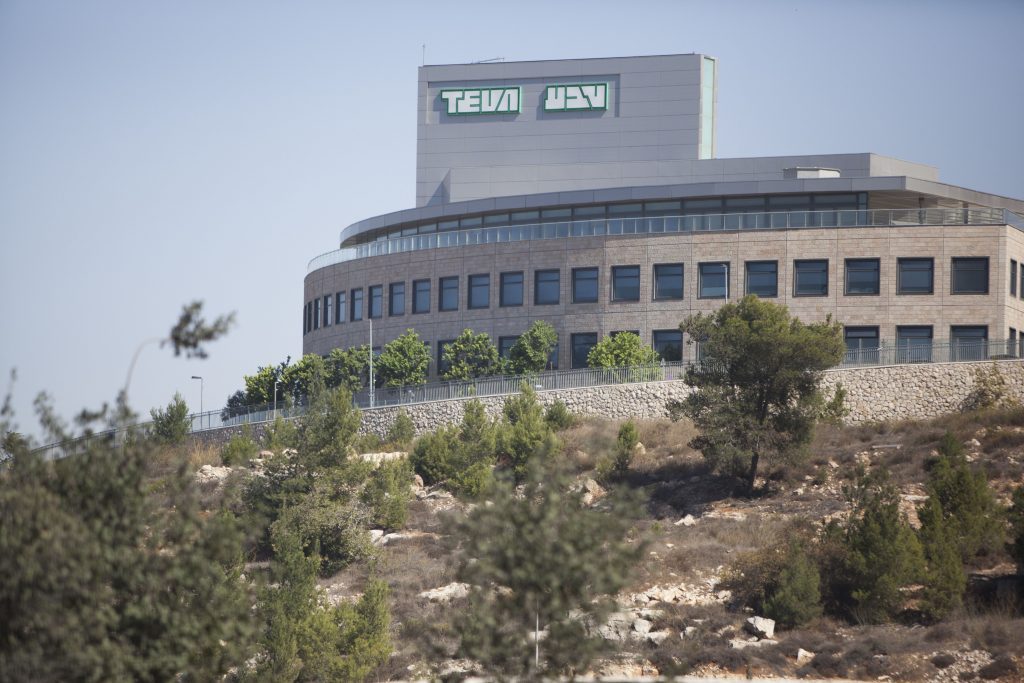 Sunday was a good day for Teva Pharmaceutical Industries and the Tel Aviv Stock Exchange, as both rose significantly after news of long-awaited FDA approval of its migraine medicine, fremanezumab.

Teva’s share price was up in early trading on Sunday by 7.85 percent, boosting the TASE. The Tel Aviv 35 Index gained 1.11 percent, Globes reported.

The fremanezumab injection for preventing migraine will be marketed as AJOVY, a product that Teva is counting on for its rebuilding campaign after a year of heavy losses.

Another leading stock that made a robust showing on Sunday was Cellcom, currently up 4.66 percent.

Shares in Opko Health rebounded by 8.15 after a 35 percent dive on Thursday, amid allegations that it’s under investigation by the U.S. Securities and Exchange Commission for illegal manipulation of the share prices of certain small biotech companies.

Opko Health CEO Phillip Frost issued a denial, saying he was “stunned” by the reports.

“The allegations against me are belied by common sense, my history of supporting promising scientific technology, and the facts. I invested in two of the entities identified in the complaint. These investments were made because I understood the entities presented promising medical developments and a real opportunity to deliver value for shareholders. I remain a significant long-term shareholder in both companies,” Frost concluded.

Regarding Teva’s prospects, IBI pharma and medical analyst Steven Tepper reacted enthusiastically: “This is an important milestone. We believe that an increase of 10-15 percent in immediate response to the approval is justified.”

Tepper noted that Teva is not alone in the race for relief from migraines. There are two other competitors: Amgen, which obtained marketing approval for its product a few months ago, and Eli Lilly, which expects approval soon.

“The three treatments are based on a biological drug that can be injected monthly to reduce the number and force of migraine attacks by disrupting the CGRP mechanism,” Tepper writes. “In our estimation, the new products have potential for 2-2.5 million patients suffering from severe migraines in the U.S. alone and a total market of $8-10 billion.”

Tepper pointed out that the Teva version offers the advantage of requiring injection only once every three months instead of once a month, whereas its rivals have a slight edge of an automatic syringe that is more comfortable for self-injection.

Overall, he said the forecast is “that the market will be divided among the three competitors, with a slight advantage to Amgen as the first in the market.”

Even though the new approval will not affect Teva’s 2018 results, Tepper expects steep sales growth in the coming years, starting in 2019, and a substantial effect on profits starting in 2020, according to Globes.