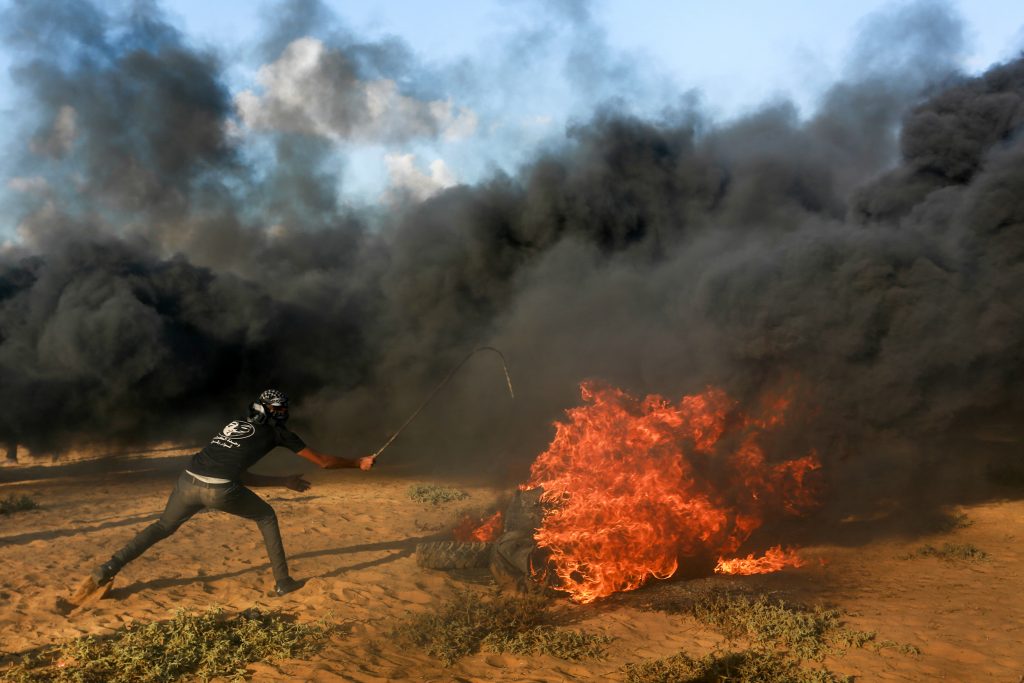 The IDF will investigate the death of 17-year-old Palestinian boy Belal Khafaja in rioting at the Gaza border fence Friday. The youth was one of two Gaza Arabs killed in Friday’s rioting, when about 7,000 people showed up to participate in the latest round of riots sponsored by Hamas. According to Arab media reports, the terror group had expected many more people.

Rioters threw rocks and firebombs at IDF soldiers, who responded with anti-riot measures. In a statement, the army said that “during violent riots along the security fence with Gaza IDF soldiers responded with appropriate measures in response to efforts by terrorists to damage the security fence and harm soldiers. We have received reports of two people who were killed in the riots.”

A report on Hadashot News said that the army would investigate the claim that it was IDF soldiers who shot the youth. Footage shot by Gaza Arabs shows the youth getting shot, but not who did the shooting. He is seen throwing rocks in the footage.

In recent weeks, there has been a marked reduction in terror activity by Hamas, although terror had certainly not ceased altogether over the past several weeks – nearly daily, there were reports of attempted breaches of the security fence by terrorists and fires set by terror balloons and kites. The reduction came in the wake of third-party talks between Israel and Hamas on a temporary ceasefire, that would see more economic engagement of Gaza with the rest of the world, in exchange for a guarantee of quiet on Israel’s southern border, and the possible release of Israelis being held by Hamas.

With those talks still on hold, Israeli security officials have been preparing for a resurgence of larger-scale terror activity. Israel is on very high alert, and thousands of soldiers will be spending Rosh Hashanah away from home, on duty at the Gaza border fence to prevent major rioting or attempts by terrorists to enter Israel. A general closure of Palestinian Authority-controlled areas and Gaza went into effect Thursday midnight, and will last through Wednesday night at midnight. No PA official or resident, will be allowed to enter Israel, although exceptions to the closure will be made in humanitarian cases and for special needs, the Civil Administration said.