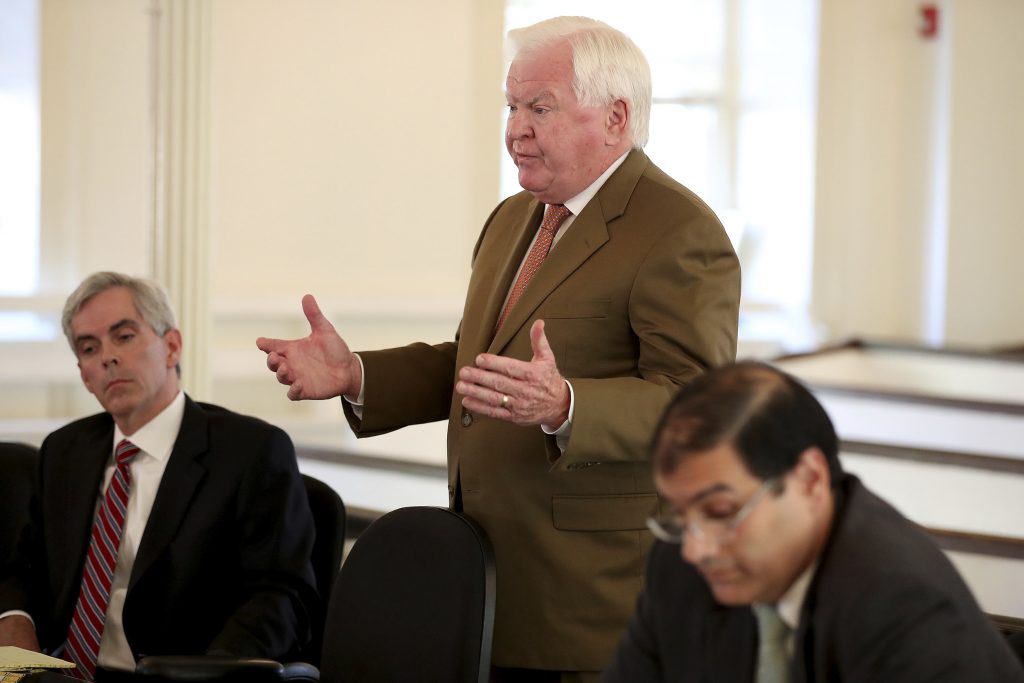 The couple responsible for raising $400,000 online for a homeless man who helped the wife when she was stranded must give sworn testimony over what happened to the cash, an at-times irritated New Jersey judge ordered Wednesday.

Superior Court Judge Paula Dow said Katie McClure and Mark D’Amico must appear Monday for a deposition in a suit filed by Johnny Bobbitt over alleged mismanaged of the cash raised through GoFundMe.

It’s the latest development in a case that at first appeared to show the kindness of strangers but has since turned into a disagreement over how and who spent the online windfall.

Wednesday’s proceedings shed little light on what happened to the cash after a Tuesday revelation from Bobbitt’s attorney, Chris Fallon, that all the money was gone.

“Shocked. Shocked,” Fallon said. “They raised this money to help Johnny Bobbitt get money for food.”

In court, McClure and D’Amico’s attorney, Ernest Badway, said about $200,000 had gone to Bobbitt, but Dow said Badway indicated he was “misadvised” by his clients and that later the court learned there was no money left. She wants them to appear in person.

“I am not allowing you to be their voice anymore,” said Dow, a former state attorney general.

It wasn’t the only time Dow seemed confounded by the couple and their attorney. She also chastised Badway for asking two men with law enforcement lapel pins to identify themselves.

“I do think you’re grandstanding,” she said. “I won’t have any more of this.”

Dow denied Badway’s request, which came after he said his clients told him they wanted to invoke their Fifth Amendment right against self-incrimination.

McClure and D’Amico are the couple accused in a lawsuit brought by Bobbitt of mismanaging donations raised for him through GoFundMe. The couple have denied any wrongdoing or misusing the funds.

Fallon said in court that Bobbitt is entering a 30-day residential treatment program. He has earlier said Bobbitt has a drug addiction.

GoFundMe has said the company is working with law enforcement to ensure Bobbitt gets all the money raised for him and also that the company gave $20,000 to an account set up by Bobbitt’s attorney “to provide assistance” to him during the investigation.

The story has captured international attention.

McClure set the page up to give back to Bobbitt, who helped her when she ran out of gas late one night. It raised more than $400,000 from more than 14,000 people. But the relationship deteriorated.