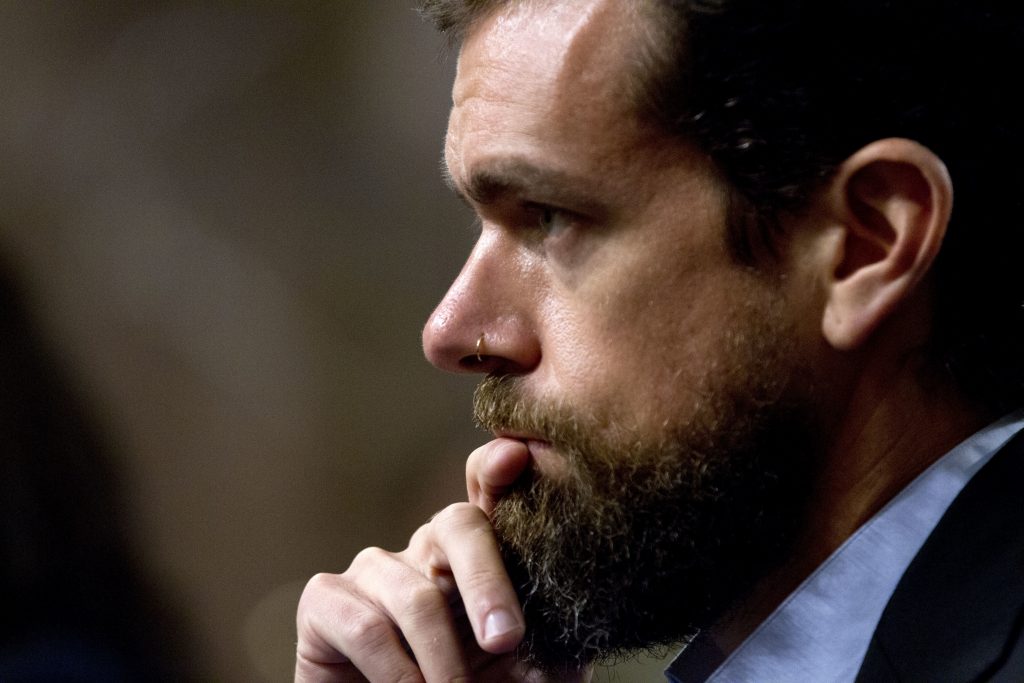 Facebook and Twitter executives pledged on Wednesday to better protect their social media platforms in the 2018 elections and beyond, and told Congress of aggressive efforts to root out foreign intrusions aimed at sowing divisions in American democracy.

Facebook’s No. 2 executive, Sheryl Sandberg, and Twitter’s CEO, testified before the Senate intelligence committee, but there was an empty chair for Google’s parent Alphabet, which refused to send its top executive.

Senators had sharp words for Alphabet CEO Larry Page, who oversees Google. Sen. Marco Rubio, R-Fla., suggested the company might have bailed because it was “arrogant” while Sen. Susan Collins, R-Maine, expressed outrage over the absence.

“We are even more determined than our adversaries, and we will continue to fight back,” Sandberg said.

Dorsey, far less of a public figure than Sandberg, acknowledged that he is “typically pretty shy.” But he was forthcoming with the committee about what his company needs to improve.

Holding his phone at the witness table, he tweeted some of his opening statement: “We aren’t proud of how that free and open exchange has been weaponized and used to distract and divide people, and our nation. We found ourselves unprepared and ill-equipped for the immensity of the problems we’ve acknowledged,” Dorsey wrote.

He added: “Abuse, harassment, troll armies, propaganda through bots and human coordination, misinformation campaigns, and divisive filter bubbles — that’s not a healthy public square. Worse, a relatively small number of bad-faith actors were able to game Twitter to have an outsized impact.”

Dorsey was headed later Wednesday to a House committee focused on GOP complaints that social media companies have shown evidence of bias against conservatives. In testimony released before that hearing, Dorsey denied that Twitter uses political ideology to make decisions.

Sandberg, 49, has extensive Washington experience, typically acts as the company’s public face and clearly felt comfortable answering to the senators. In contrast, the bearded and tieless Dorsey, 41, was quiet but respectful in his answers. Both contrasted with Zuckerberg’s sometimes awkward defiance at the April hearings as he fielded questions from skeptical lawmakers.

The companies have laid out differing approaches in response to the Russian interference. Thirteen Russians were indicted by special counsel Robert Mueller this year on charges of an elaborate plot to disrupt the 2016 election by creating fake accounts that pushed divisive issues on social media.

Facebook and Twitter are using increasingly sophisticated technology and artificial intelligence to combat the misuse. But their approaches are different because their platforms are also different, as are their resources, where Twitter is far behind.

Facebook is going after “inauthenticity,” or fake accounts. Twitter is focusing on analyzing behavior patterns to find suspicious activity because Twitter technically allows “fake” accounts in the form of spoofs, for example.

The companies have made many policy changes and have caught and banned malicious accounts over the past year. Still, their business models — free services that rely on attracting as many users as possible for as long as possible and finding out as much about them as possible — remain the same, and that posed challenges.

GOP Sen. Richard Burr of North Carolina, the committee chairman, commended the companies for their efforts but said Congress was concerned that not enough has been done.

“Clearly, this problem is not going away,” Burr said. “I’m not even sure it’s trending in the right direction.”

Congress has criticized the companies over the past year as Russia’s interference became clear. That scrutiny has led to additional criticism over the companies’ respect for user privacy and whether conservatives are being censored.

The afternoon hearing before the House Energy and Commerce Committee was to focus on bias and Twitter’s algorithms. Some Republicans, including President Donald Trump, have pushed the idea that Twitter is “shadow banning” some in the GOP because of the ways search results have appeared. Twitter denies that’s happening.

Twitter came under fire from some on the far right after temporarily suspending conspiracy theorist Alex Jones last month. Facebook also temporarily suspended his account. Jones made an angry appearance outside the hearing room, telling reporters that he was there to “face my accusers.” Jones railed on the government, media and social media companies for more than 40 minutes in the hallway as the hearing began, and later took a seat in the hearing room.

Dorsey, in prepared testimony for the House hearing, said, “Twitter does not use political ideology to make any decisions, whether related to ranking content on our service or how we enforce our rules.”

Only Dorsey was invited to the House hearing after specific Republican concerns about bias on Twitter. While all three tech companies have been accused of political bias against conservatives, the more public-facing nature of Twitter has made it an especially easy target.