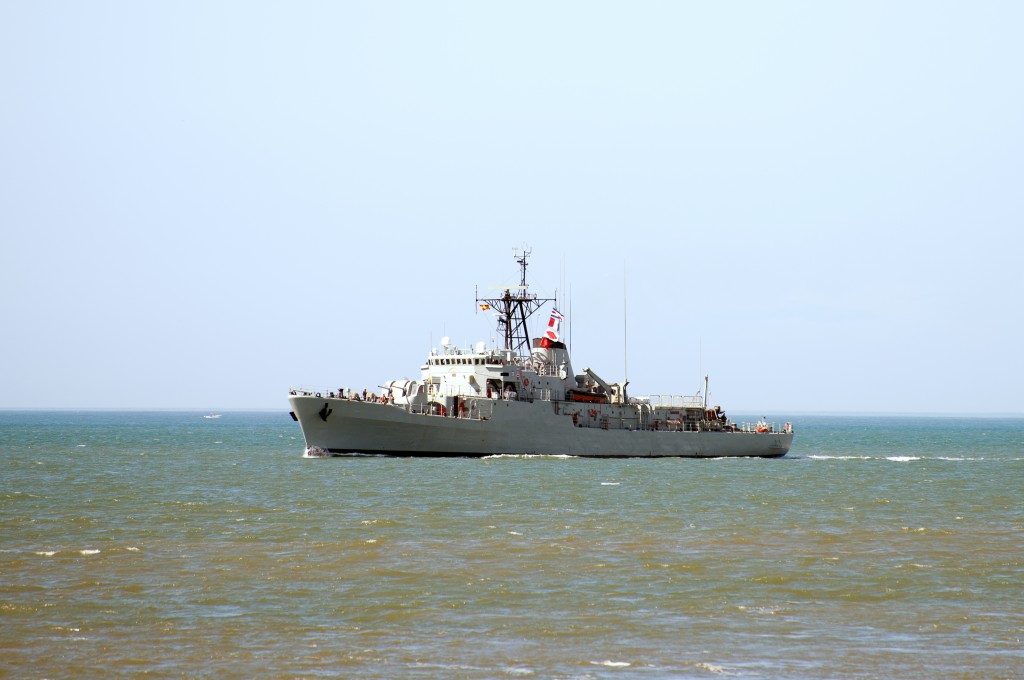 Two beds, side by side, one a contrast to the other. On one side a Chassidic avreich burning with the fire of Hashem, observing every nuance strictly. On the other side is a balding old man, who is hostile to anything holy. As is the way of people, they got into a conversation about this and that. They shared a bit about each other’s lives, their families and where they lived.

As it was the month of Elul, the younger man blew a shofar each day after davening Shacharis, with a tekiah, shevarim, teruah, as the older man gaped at him. The chareidi would offer his neighbor to don tefillin and to help him daven. The older man politely refused: I don’t believe anyway, so what point is there?

One day, while the younger man was blowing the shofar, as he did each day, the older man’s mood seemed to shift, and the first tear rolled down his cheek. Wonder of wonders. “Listen here, young man,” the older man called to his friend. “Listen and I’ll tell you about some memories that are going through my mind right now.”

I was a sailor in the Israeli army at the time, the secular old man began to relate. During our stays at sea, we learned to live with what we had and to act according to the conditions of where we were.

We had our own language, the sailor related. A language that no one besides us knows or would understand. The rings and whistles at certain intervals and rhythms are a perfect language for seafarers. Thus we would transmit signals and messages between one ship and another: We would go up to the nose of the ship and strike a bell — one, one two, one three — each time depending on the message. The ship across from us would reply in the same way. It was a language, and a world, of our own.

Years after I left the army, I read in the newspaper about a company that was looking for workers who knew the languages of sailors. They invited me for an interview at a hall in the middle of Yerushalayim.

When I entered the upscale hall, where there was music playing in the background and confections and drinks being served, I saw that many more people had been invited to have similar interviews. But I immediately burst into the chief executive’s room and said: “Here I am.” To the surprise of all those around them, the boss said, “You’re hired. Everyone else can go home.”

What happened, you ask, young man? Very simple. The music playing in the hall wasn’t just music. Anyone who knew how to listen heard the instructions of the boss saying over and over again: “Anyone who understands me should come into my office now without waiting in line.”

When I heard the sound of the shofar, the older man continued wistfully, with its specific rhythm (or as we know it, tekiah shevarim, teruah — or TSR”T) I go back to those days at sea. How should I not be moved?

And so it happened each morning, after davening and tekias shofar, where the older man gazed at the young chareidi roommate, the younger one offered to help him daven and put on tefillin. But he politely refused. His life was as far from religion as the dock was from the middle of the sea.

It was time for Selichos. The younger man davened tearfully: “Haneshamah Lach vehaguf pe’alach.” In the hospital these words have a much deeper significance.

The body of the older sailor was weakening steadily. He had less and less energy each day. He was simply lying there, limply. The chareidi, who was ordained by Heaven to be in the same room, tried to help his friend and make his stay more pleasant. On Erev Rosh Hashanah, the crisis happened. The avreich did not blow the shofar. After all, that is what our Sages ruled — not to blow shofar on 29 Elul so as to confuse the Satan. And when the Satan is confused it is good for the world. Just then, the older man motioned for the younger one to put tefillin on him— for the first time in his life.

He was lying there, so weak. The tefillin were on his head and arm, as he murmured word for word after the younger man: “Shema Yisrael…Hashem Echad.” Tears burned on his wrinkled cheeks. He was able to muster up enough energy to thank the younger man for the wonderful period they spent together in this difficult hospital ward.

The younger man recoiled, and said: “My friend, tomorrow, I will be blowing the one hundred tekios of Rosh Hashanah.”

“No, no,” the man replied. “Tomorrow I will not be here anymore.”

“Listen, listen,” the older patient pointed to the monitor, which was wheezing heavily. “Do you hear those noises?”

“The noises of a monitor, yes.”

“So, don’t you remember that I know languages?” The older man smiled his last smile.