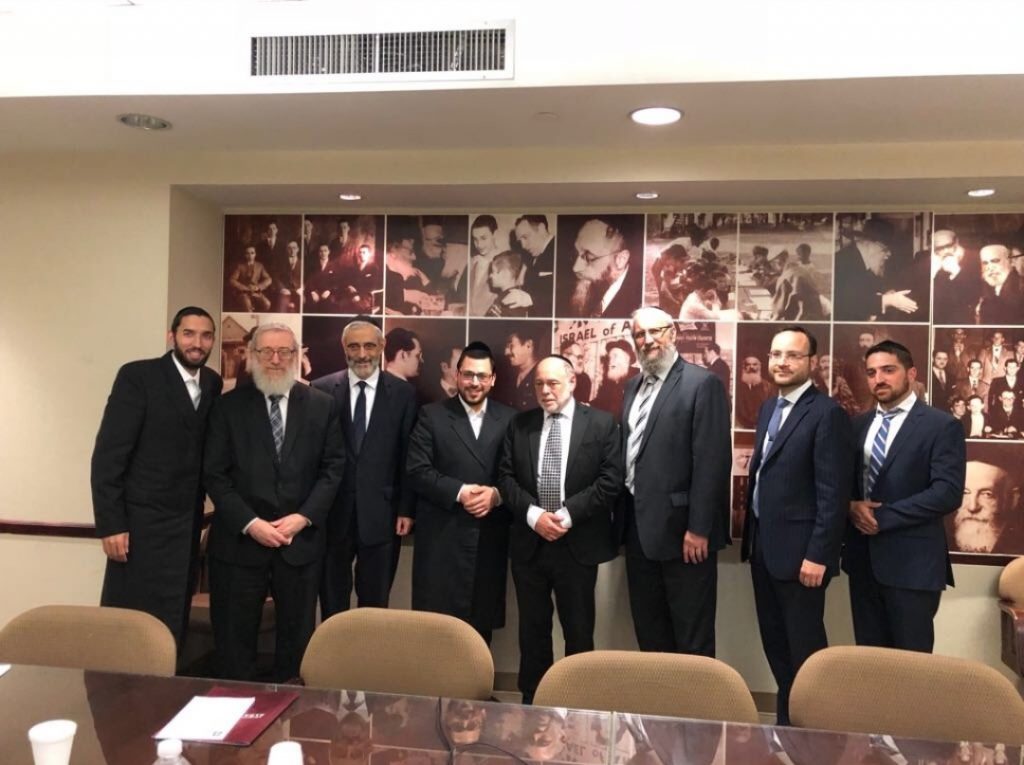 Leaders of Agudath Israel of America held a meeting last week with two askanim from London at the Agudah offices in New York City.

The U.K. visitors, Councilor Brian Gordon and Mr Levi Schapiro, were in New York to participate in personal simchos. The meeting enabled them to report to their American hosts on current issues affecting the Jewish community in Britain from their respective vantage points – Mr. Gordon as a Union of Orthodox Hebrew Congregations executive and London Borough of Barnet Councilor, and Mr Schapiro as Director of the Jewish Community Council and active Government lobbyist.

Matters discussed included anti-Semitism within the British Labour Party, the Corbyn factor, Government policy on education, Ofsted, and the problems affecting orthodox Jewish schools. The Americans shared concerns regarding anti-Semitism at the global level. They related their own experiences that, in certain regions of the U.S.A., educational institutions had resisted pressure to broaden their scope of teaching in a way that was contrary to Torah values. Legal remedies were also discussed.

All the participants in the meeting agreed that comparing notes from either side of the Atlantic was a thoroughly useful exercise. It was not the first of its kind and the view was that such interrelationships should continue as often as possible.