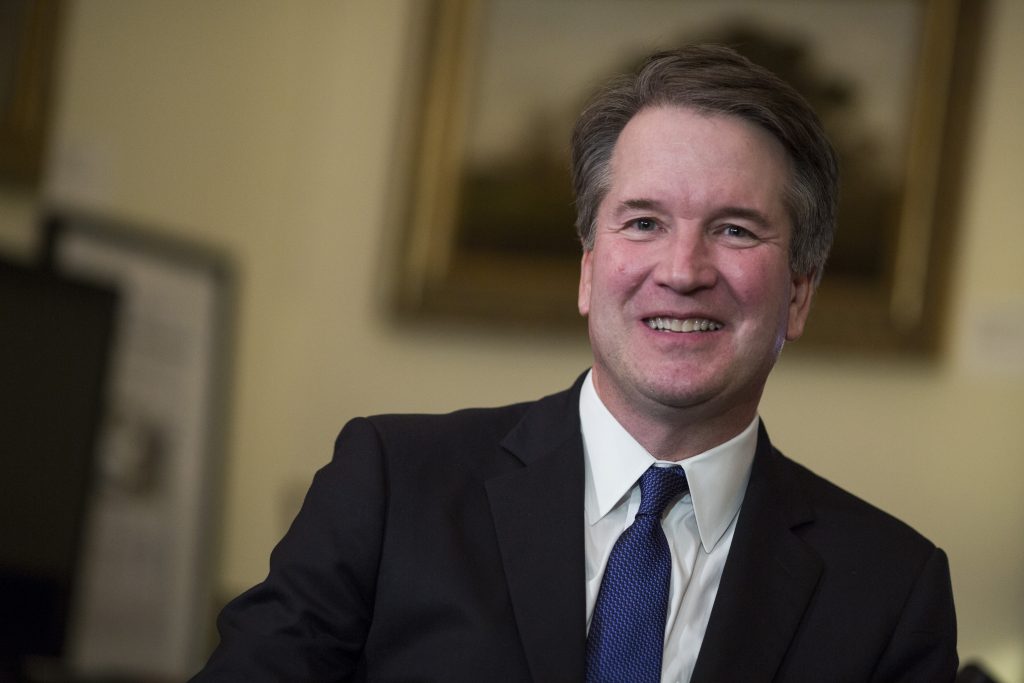 The Senate Judiciary Committee on Tuesday begins what is expected to be a four-day hearing on President Donald Trump’s nomination of Judge Brett Kavanaugh to be the Supreme Court’s 114th justice.

The senators and Kavanaugh will make opening statements on Tuesday. Kavanaugh will answer questions the next two days. And those supporting and opposing his nomination will testify after that.

– Who is Brett Kavanaugh?

Kavanaugh, 53, is a rarity for the Supreme Court: He was born in D.C., grew up in the Maryland suburbs and has lived his adult life in the area. He went to Georgetown Prep and resides with his wife and two daughters in Chevy Chase, Maryland.

Both his undergraduate and law degrees are from Yale, the same law school that produced Justices Clarence Thomas, Samuel Alito Jr. and Sonia Sotomayor.

For the Supreme Court term that began in 1993, he was a clerk for Justice Anthony Kennedy, the man he would replace. Justice Neil Gorsuch, Trump’s first Supreme Court nominee, also worked in Kennedy’s chambers that term.

The vast majority of Kavanaugh’s professional life has been in government jobs rather than private practice. He served for four years as an assistant to independent counsel Kenneth Starr in the investigations of the Clinton administration.

He served five years in the administration of President George W. Bush, first as an associate counsel and then as staff secretary. Bush nominated Kavanaugh to the U.S. Court of Appeals for the D.C. Circuit. After a bitter nomination fight that lasted for years, Kavanaugh was confirmed in 2006.

He has been part of more than 300 opinions on that court, with a consistently conservative record.

– What are his confirmation chances?

They are very good.

When Democrats last controlled the Senate, they changed the judicial nomination process to dispose of a requirement that a supermajority vote was needed to end a filibuster and proceed on the nomination of a lower court judge. Senate Majority Leader Mitch McConnell (R-Ky.) pushed through a change in 2017 to include Supreme Court nominees, in order to move forward the nomination of Gorsuch.

For Kavanaugh, that means he will be confirmed if all Republican senators, who have a slim majority in the chamber, support him, regardless of Democratic opposition. Currently, no Republicans have announced opposition, and it appears more likely, as with Gorsuch, that several Democrats will cross over to vote for him.

But that assumes there are no surprises at the hearing, or in the weeks following, as senators prepare to vote.

McConnell wants to have Kavanaugh confirmed by the time the justices start their new term on Oct. 2.

– Who opposes his confirmation?

Most Democratic senators oppose Kavanaugh. While they acknowledge his credentials, Democrats say Kavanaugh is too conservative and would push the court too far to the right, especially on important issues such as, voting rights, affirmative action, the environment.

And so it follows that the loudest objections to Kavanaugh come from liberal organizations and groups dedicated to those issues. Because of the potential Kavanaugh holds to move the court in an opposite direction, some environmental organizations and others that in the past have remained neutral on Supreme Court nominees oppose Kavanaugh.

– How could the court change?

Kavanaugh’s is the rare Supreme Court nomination that could dramatically alter the court.

Usually a president is replacing one liberal with another, or one conservative with someone else on the right. Both of President Barack Obama’s nominations fit that pattern, for instance, as did Trump’s choice of Gorsuch to take the place of the late justice Antonin Scalia.

But Kavanaugh would be replacing the pivotal justice, one who most of the time voted with fellow conservatives but sided with liberals on some of the most important decisions the court made on social issues.

Kavanaugh’s confirmation would likely mean that Chief Justice John Roberts Jr. becomes the court’s justice-in-the-middle. That is an unusual role for a chief justice. He has formed a majority with liberals in only a handful of cases.

In the court’s most recent decisions on affirmative action for instance, Kennedy provided the deciding vote, and Roberts sided with conservatives in the minority.

Trump said during the campaign he would nominate only “pro-life judges,” and it is likely that Gorsuch and Kavanaugh, if they had been on the court at the time, would have sided with the other conservatives to uphold the law.

– Will the health care law be overturned?

That is certainly one reason Democrats give for opposing Kavanaugh’s nomination. Another challenge to the Affordable Care Act has been filed by states that say recent action by Congress has undermined the legal argument the Supreme Court used to uphold the law.

Kavanaugh may be amenable to such an argument, but this is one area where his replacement of Kennedy does not necessarily shift the court.

Kennedy was in the minority when Roberts joined the court’s liberals to uphold Obamacare on a 5 to 4 vote in 2010. The five justices that made up the majority are still on the court. Kennedy did vote with them in a second challenge to Obamacare, but his sixth vote was unnecessary to the outcome.